Cases of Infringements are Open, Importation Close/ Tools of Importing Vehicle is Ready?

Vehicle importation is forbidden but most of import infringement cases are under investigation maybe with a better decision and more supervision, customers were not blindfold now. 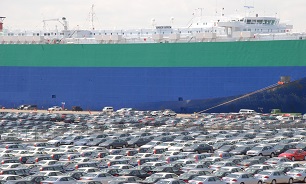 Khodrocar – One of important parts of vehicle industry is importation which always had problems. In recent years, ministry of Industry, Mine and Trade published many instructions about this matter but they never opened the blind node of this industry.
It’s been a while since vehicle importation banned and most of vehicle importers are having problem in delivering customers cars in time. In the past few years, there have been a lot of disruptions by some car importers, all due to lack of proper oversight and law enforcement, and it seems that some have been able to bill billions of dollars by rents and bypassing the law.
The infringement cases of vehicle importers are too many for example an importer had permission of importing 150 units but they presold 4000 cars and plaintiffs want 7000 billion IRRs or in another case an importer have 1400 plaintiffs while he was a consultant of minister in vehicle affair.
We are not seeing anything from supervisor organizations in vehicle importation, plus after vehicle importation banned everything got complicated. Among all what is the responsibility of Consumer Right Organization? Aren’t they responsible to do anything about offenders?
This organization is just publishing warnings instead of real support of customers and act against the infringement sellers. We followed up to ask the organization about their activity but they are in defensive mode so they never answered reporters.
"All decisions about vehicle importation were suddenly and happened over a night and previous minister wanted to make market better but he opened a door to all illegal things in the matter. In addition to the infringement importers should also be confronted with those who have made mistakes. Inappropriate behavior of the Ministry of Industry with importers has led some importers to circumvent the cumbersome rules, and all the importing companies from the offender initially entered into fraudulent intent this field did not happen.” Farbod Zaveh, an expert of auto industry told Khodrocar reporter.
"The bases of vehicle importation are wrong and supervisor organizations can’t control the market because of lack of equipment. In reality the ministry of Industry made something that even they can’t control it and in this situation companies will have infringements.” He added.
"There was no such thing as a pre-sale, order and ordering license, and the market was moving much better and there was less dissatisfaction, but now people are dissatisfied with this situation because the decisions were wrong and the only way is to create a competitive market.” He said. "Entrance of the government in private sector is preventing their activities while they can’t do their supervisory responsibility.”