The deadline for 85 vehicle standards is getting closer and standard organization said they won’t have any off but these days there are some rumors about removing air bag and ABS break from cars. 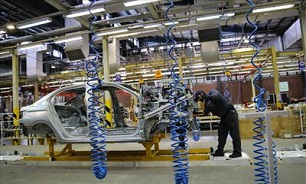 Khodrocar - The deadline for automakers to comply with all of the 85 standards has begun and they will have another month to meet these standards. The condition of auto industry is not very well and it seems that sanction had impacts on the body of second industry of the country. However, the standard organization said they won’t back off and stop the production of non-standard vehicles.
Automakers facing lots of problem in the third phase of 85 vehicle standards and problems are still here. Among all these, removing two safety parts from cars have broadcasted.
After broadcast of this news, Peyman Pirayesh react and said removing these 2 safety parts is illegal and national standard organization will ban the automaker to produce that car anymore and police won’t plate them.
After that Nayere Pirozbakht, president of national standard organization said even in the previous period of sanction automakers didn’t have problem to supply these two parts and they won’t do it now.
"The current condition has stopped automakers from production plan. Part makers have 90 percent of their equipment in Iran and should import the rest 10 percent. Sanctions had made problem to import parts and supply components for automakers. With the current equipment I don’t think automakers pass 85 vehicle standards.” Reza Rezaei, member of part makers association told khodrocar reporter.
"Improving standards from 55 to 85 need liquidity then sanctions should be solved. Although manufacturers and engineers also worked in this area on the progress of knowledge and technology for the construction of components before the new round of sanctions, and were in the final stages, it was barred by sanctions, and I emphasize that it is unlikely that our car makers could succeed in reaching the standard of 85.” He added.
"National Standard Organization should back off. It was planned to stop production of Pride and 405 but it didn’t happen. There must be planning by the Ministry of Interior or any other organization that can do this to create a centralized management by the government and automakers. That organization should review the auto industry since the beginning and picture a future for it. This industry has 700 to 800 thousand but near 3 million people are working in it.” He added.
"For the standard of 85, we need the program and the program is the development of automotive and component manufacturing. Quality is not coincidental. Quality requires cost and knowledge, and both require a space that turns into hardware and software to be responsive to the industry, but unfortunately no one is now available.” He continued.
Member of Industry and Mine commission said The parliament will pursue the failure to comply with the standards of the vehicle's 85th, but with regard to the problems that automakers are facing, the standardization of products is challenging, and the parliament also know this very well. What's more important than anything else is to observe and enforce eighty-five standards in the field of health, safety and reduction of pollutants, and we should hope that the conditions will come as a way for automakers to come up with these standards.