Auto Industry in the middle of Disagreements/ The blind node of car pricing opens?

The condition of Iran’s auto industry is not very well because of sanctions and currency turbulence. While automakers are waiting for instruction of price increment the president of commission on article 90 said it’s better for the country to close auto industry. 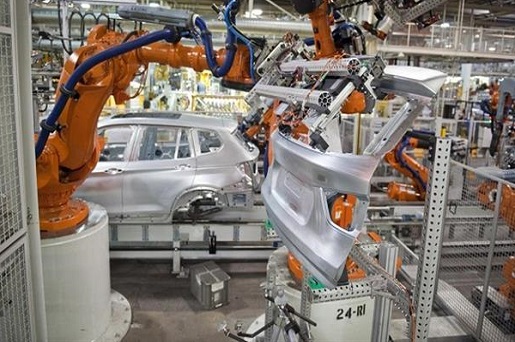 Khodrocar – Bahram Parsaei, the president of commission on article 90 said the auto industry had 5 decades of exclusivity and non-competitive market also they produce cars with low quality and equipment and other problems with high prices which is showing mismanagement. It’s better to close the doors of this industry if they say their final price is higher than selling price to stop them from playing with people life and property.
"Unfortunately some officials like members of parliament are saying these things. Last year about 1.5 million cars produced by automakers however we are not producing the best quality but they only spent 3 billion dollar. If we want to import this number of cars we have to spend 15 billion dollars. Mr. Parsaei should see the condition of business and then talk about it. Most of automakers’ first material prices has increased for 100 percent but they only has the permission to increase prices for 12.9 percent and they also expect us to increase the quality.” Ahmad Nemat Bakhsh, secretary of automakers association told khodrocar reporter.
"The government now faces a shortage of currency and has stopped importing cars. Last year market needed 1.5 million cars and this year we need at least 1 million cars. While we have no currency to import 60 thousand cars how could we import 1 million cars?” He added.

"About 700 to 800 thousand people are working in this industry and if the industry closes then all of them become unemployment. It’s a shame that a member of parliament said something like this. If the auto industry closes then even the Pride will face price increment 3 to 4 times. So we expect that members of parliament study more about the current condition of country then talk about it.” He said.
Automakers are negotiating for price increment with governmental officials and national competition council and on the other hand they suffered losses. However, Minister of Industry said we didn’t have an instruction for car price increment. The interesting thing is opinion of members of parliament has changed and they say people are not ready for price increment and we have to wait.
Khodrocar Reporter: Sepideh Ghazi Nejad
Khodrocar Translator: Amin Zamani
Tags: Khodrocar
Visit Home Send to friends Print
Share To:
subscribe to newsletter
Related News
The Energy of Auto Market was Taken/ Imported Cars are Hurting from Local Pricing
Necessity of Importing Luxury Cars for Diplomats/ Will Diplomats’ Imported Cars Ruin the Market?
Auto Market is waiting for a decision/ Customers should wait for more
Neglecting the capacity of bus production in Iran/ When the bus industry carries out its passengers
Your Comment