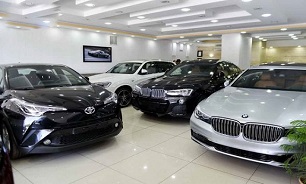 Khodrocar – since the first day of currency turbulence in the country market of imported vehicles experienced price increment and now their prices are doubled but in the recent three months prices jumped and suddenly trade of imported cars decreased significantly.
However those who need a ride would buy or sell their cars but those who had a business with trading cars are meeting a dead end. Now, as pricing local vehicles has gone toward market adjustment organization, the market of imported cars have been a recession that has hit imports.
Some dealers are saying that every decision of the government has killed the auto industry and its market because with each of their decisions trading stocked or prices boomed.
Stagnation Shadow on Vehicle Market
After a walk in Tehran’s streets of Beheshti and Motahari which are the best place to buy a imported car and representative of foreign companies are in there but we can see the shadow of stagnation in those streets.
"Since the first days of SABTARESH closure and vehicle importation ban, the end of auto market was near because since that day the market never became the same. However the price of imported cars doubled and dealers got a nice profit but new cars are not importing.” Ghaffari, a dealer of imported cars said.
"Now we are in the bad time of trading imported vehicles because most customers are waiting for price decrement and dealers are waiting for more price increment and not selling their cars. Even if the price of domestic cars is announced soon, there is still no cure for the foreign market, and an independent decision should be made for this sector of the automotive industry. Maybe the opening of import or the clearance of that number of vehicles in the customs can heal the foreign markets” He added.
Since 5 months ago, the market for imported cars has undergone an upswing in exchange rates, with prices for some imported cars rising from 50% to 80%. This trend continued until August this year and at the time of the first round of car sanctions, until car imports into the country were banned and foreign partners were suspended one after the other. Since then, but the foreign car market has been hit by the government's decisions for the domestic car market and is waiting for a reasonable decision for this market.