About 1 year ago, it was said that the condition of cooperation between local and foreign part makers are localization up to 40 percent and at March the contract signed. But since that day we didn’t hear about the contract although local and international decisions make the delay in this matter. 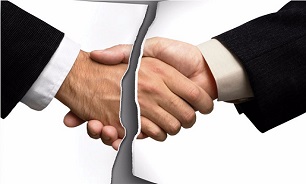 Khodrocar – Increasing the power and technology of local part makers in order to supply the needs of foreign cars was a plan of ministry of Industry after the JCPOA and it seemed to be very beneficial for the part industry and auto industry but exactly at the beginning of the year obstacles started to increase.
At first currency rate lowered the ability of importing part and first material then international limits disappointed the foreign partners. Also after USA exit the JCPOA, French partners were had contracts with automakers and part industry left Iran.
Now after two months from the start of first phase of America’s sanctions first French leave the auto industry and now nothing has happened about their contract with part makers. In the middle of November of last year, it was said that share of local part makers in joint venture products became clear but their share hasn’t reached 20 percent yet.
After the first phase of sanctions producing joint venture cars postponed. On the other hand, there is no clear vision about the joint venture cars after foreign partners left the country. One of the main conditions of producing joint venture cars was localizing 40 percent of needed parts to strength the part industry.
At first these contracts had challenges but after IKCO and Peugeot, IDRO and Renault signed contracts then two new partnerships began between Iran and France. Renault decided to train Iranian engineers and transfer the technology to Iran but Peugeot insist on joining Iranian and French companies for supplying parts. But finally the new sanctions just take the chance from both sides to do their plans.
Right now, after the departure of Renault and Peugeot from Iran, what will happen to the cooperation and contract the two companies and will the production of some cars like Peugeot 2008 finish?
In the middle of last March the MOU between ISMAPA and FIEV signed with 7 clauses in order to strength the relation between Iranian and French part companies.
Khodrocar Reporter: Negar Mir Karimi
Khodrocar Translator: Amin Zamani
Tags: Khodrocar
Visit Home Send to friends Print
Share To:
subscribe to newsletter
Related News
Support of Automobile Activists from the Proposed Industry Minister
Auto Industry Leap to Fill the Gap of Importation
The Story of Incomplete Cars Continues
Privatization; the Only Way to Save the Automotive Industry
Your Comment