The Story of Incomplete Cars Continues

The useless effort of part makers and laziness of the government are continuing, the efforts which may lead to higher production but government’s obstacles are preventing it. Part makers are calling these obstacles, local sanctions. The continuation of these sanctions will destroy the auto industry. What is the best way to remove the limitations? 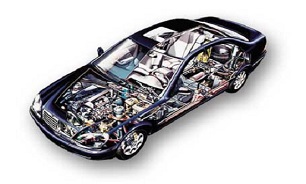 Khodrocar – Limitations in part importation in one month increased the number of unfinished cars to 20 thousand in a week and 70 thousand in one an half month. Now after easing the clearance, these cars are leaving the factory and their number decreased.
Right now, there is no news about the producing unfinished vehicles and it seems that automakers are putting so much effort to produce presale vehicles.
However, part makers are talking about the shortage of parts and clearance problems. They say all parts such as spare parts of first materials should import with the NIMAY currency. Now they should buy part with tripled prices but sell it to automakers with the previous price.
"About 30 thousand unfinished cars are remaining in factories and we are reaching the second phase of sanctions in 4th November but 70 percent of part makers’ problems are local.  Deferred claims and supplying liquidity are two major problems of part makers.” Arash Mohebi Nejad, secretary of part makers association told khodrocar reporter.
"If the part makers try to work like last year, they need tripled liquidity. Price correction should be done soon and we should think about the local problems to be removed such as custom clearance problems.” He added.
"Now with the start of sanctions, if we expect the private sector to face sanctions, at least we have to solve domestic problems, and if not, the car industry will be more challenged.” He said.
As the ban of vehicle importation announced, problems of auto industry rised then the first phase of USA sanctions began but some local problems like paying currency differences and limits in part importation got bold and president of part makers association said for the first step, local sanctions and limitations should be removed. Now part makers are looking forward to see how would new minister work?

Khodrocar Reporter: Negar Mir Karimi
Khodrocar Translator: Amin Zamani
Tags: Khodrocar
Visit Home Send to friends Print
Share To:
subscribe to newsletter
Related News
Privatization; the Only Way to Save the Automotive Industry
Start of New Car Companies at the Peak of Import Challenges
The Impact of New Minister’s Decisions on the Auto Industry
The Effects of Fuel Quota on the Car Market
From Liberalizing the Price to Market Engineering
Your Comment