Support of Automobile Activists from the Proposed Industry Minister

Reza Rahmani is the supervisor of Industry, Mine and Trade ministry and he is the choice of the president to be the next minister of this ministry but is he able to face all the challenges? 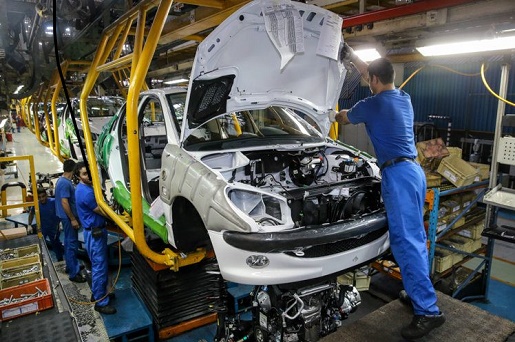 Khodrocar – Because of the various challenges, sanctions restoration and currency rate fluctuation the minister of Industry, Mine and Trade resigned. The news of resigning was count as a rumor at first but president accepts the resignation and put Reza Rahmani as the supervisor and he is the choice to be the minister.
Industries especially auto industry which were struggling with problems for a long time hopes to see the third minister of Industry, Mine and Trade relief their wounds from previous challenges. He was the deputy of production in the ministry before.
The secretary of industry and mine commission of the parliament said that the suggested minister was present in the meeting of the commission to tell his plans and members of the parliament asked him to organize the auto market as soon as possible. The suggested minister emphasized on lowering the responsibility of the government in the industry.
It seems that Rahmani has the trust of the parliament and they will make him the minister therefore all associations have announced their supportive massages about Rahmani. They said he can increase the activity and performance of the ministry.
The associations of automakers and part manufacturers support Rahmani and published some statement about him like "Reza Rahmani knows the auto industry’s challenges because of different meetings with the managers of automakers. He has the motto of "Increasing the monitoring of auto industry” and it shows that he has the passion to take the industry to its best place. The vision of Rahmani about the environmental standards of cars, light diesel cars and renovating the transportation fleet are the best point of Rahmani as a minister.”
As Rahmani knows the challenges of the auto industry, he has plans to organize it. He said that the auto industry is the mother of other industries and has a good market in our country also sixth plan of development paid a special attention to this industry. We also designed a new plan for this industry and it will be executed with other organizations. The main plan is increasing the production rate and localization to cover costs and balance the car price.
It seems that everything is ready for Rahmani to become the minister and he gained the trust of different industry activists specially the auto industry. If he becomes the minister then he should carry the heavy duty of industries’ challenges. Foreign exchange fluctuations, banned car imports, and corruption cases and production problems are among the challenges that the new industry minister will face, and we have to wait for them to see how their strategies work.
Khodrocar Reporter: Sepideh Ghazi Nejad
Khodrocar Translator: Amin Zamani
Tags: Khodrocar
Visit Home Send to friends Print
Share To:
subscribe to newsletter
Related News
Auto Industry Leap to Fill the Gap of Importation
The Story of Incomplete Cars Continues
Privatization; the Only Way to Save the Automotive Industry
Start of New Car Companies at the Peak of Import Challenges
The Impact of New Minister’s Decisions on the Auto Industry
Your Comment