Auto Industry Leap to Fill the Gap of Importation 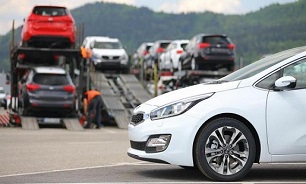 Khodrocar – Closing SABTARESH in June 2017, increasing vehicle importation tariff, ban of vehicle importation with 42000 IRRs currency, foreign vehicles price increment, not clearing vehicles from customs and ban of vehicle importation in this year were some things happened to the auto industry in the past year.
Now short time remains to the USA second phase of sanctions and it was better to clear remaining vehicles in the customs in order to satisfy customers and lower the losses of companies from costs of parking.
On the other hand, vehicle importation ban should be clear then importing companies could continue their works and lots of people won’t lose their jobs.
In this matter, some experts said the vehicle importation shouldn’t be banned before the first phase of sanctions then maybe this sector wouldn’t suffer this much losses. According to researches 5 to 10 thousand vehicles were imported to the country annually and thousands of people were working in this sector but now all this market is on the hand of brokers in the second hand market.
On the other hand, other experts of auto industry said that the entire revenue of the automotive industry and its activities are not dependent on car imports and domestic production plays a significant role in the revenue of this sector. Because importing cars and producing cars with foreign partners accounted for only 20 percent of the car industry's income, and the remainder came from domestic revenue.
Nevertheless, the time of second phase of America’s sanctions is really near and the auto industry is going to suffer more from the sanctions. Sanctions start from the country and international pressures increased it. 19th August 2019 first phase of sanctions began and they emphasized on the Iran’s auto industry and then foreign partners start to leave the country.
Since that day Iran’s auto industry didn’t stop and continue production with all the problems. Although the car production rate has dropped significantly in comparison with the same period last year, and some parts and materials were delayed later than the product line, it did not allow the rails of the production lines to stand and stop agianst the US sanctions.
One week remain to the second phase of USA sanctions and most of the world are eyeing to see the industry broke but the plan and goals of auto industry show something else. Long term goals show that the production will be slow but it will rise again by absorbing finance. Even Saeed Madani, former president of SAIPA said although the presence of foreign partners and the use of their knowledge and experience for the automotive industry are necessary, but their lack presence won’t stop the auto industry.