Privatization; the Only Way to Save the Automotive Industry

Unlike anywhere in the world especially developed countries the government is leading the auto industry in Iran and the shadow of their decision is on the activity of two major automakers but the question is, isn’t it late to privatize the auto industry? 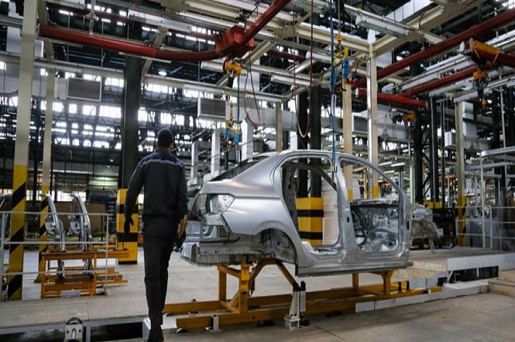 Khodrocar – Government’s interfere in auto industry is a topic among experts and managers for criticizing. The government’s decisions make lots of losses for the auto industry and experts thinks the government hurt this industry more than sanctions. Sudden decisions in auto industry and executing them are a pressure on the body of the auto industry plus their own challenges.
Activists in private sector and most experts believe that supporting private sector in the current economy condition is crucial for attracting foreign finance and make work. The act of some governmental organizations is like a civil war with private sector and they are not doing anything to support private sector. But the government is against the privatization of automakers.
"Resistance against privatization is happen all over the world. Companies who relate to the government don’t want to lose this support and became private.” Saeed Madani, an expert of auto industry told Khodrocar reporter.
"Privatization needs some correction in infrastructures like lowering work force, lack of answering from governmental organization so organizations don’t like this matter either but long term politics are forcing this corrections.” He added.
"Starting the change for privatization needs bravery and countries like England and Turkey had this courage. They also make people sad at first but they didn’t have a second way and had to do that.” He added.
"The government can make the privatization a chance for economy boost. They can make additional support for the people who are buying the companies to lower the rate of unemployment because the government fears this matter. So they can put conditions for privatization but they have to support private sector because automakers have a lot pf debts right now and need the government’s support.” Madani said.
"Privatization is a kind of infrastructure in the economy of a country and everywhere public opinion is against this matter. The master key for correcting the economy in Iran is privatizing the businesses.” He added.
"If privatization takes place, captive capital will be absorbed. Even foreign investors are more comfortable for investing in private sector. Privatization shouldn’t take long time because automakers are losing a lot every day and this losses are not because of the management by they are happening because if the wrong pricing.” He added.
It said that the auto industry would walk in the path of privatization and government will remove its support. Even parliamentarians also state that the government should not be involved in car manufacturing, but must provide them with the necessary guidance and support, but contrary to the notion it seems, not only has not happened any particular thing. We are even losing the opportunity in this regard, and it may be late to do anything.
Khodrocar Reporter: Sepideh Ghazi Nejad
Khodrocar Translator: Amin Zamani
Tags: Khodrocar
Visit Home Send to friends Print
Share To:
subscribe to newsletter
Related News
Start of New Car Companies at the Peak of Import Challenges
The Impact of New Minister’s Decisions on the Auto Industry
The Effects of Fuel Quota on the Car Market
From Liberalizing the Price to Market Engineering
The Need to Change the Approach in the Automotive Industry
Your Comment