Failure of the Government to Determine the New Price of Cars

The story of pricing vehicles doesn’t have an end. Increment of first material price, automakers debts and reducing the value of automotive group shares are showing the importance of price increment for automakers. 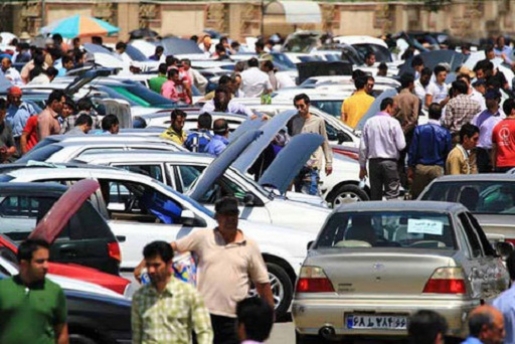 Khodrocar – pricing new vehicles is postponing in the past months and this delay is showing that the government and national competition council still arguing about the pricing and this action is not a duty for Consumer Right Organization or Market Adjustment Headquarters.
The high amount of automakers loss because of unclear pricing which may lead the automakers to closing their doors also people are not satisfied and want their cars, all of these are a result of government’s confusion. The profit of market should be in the pocket of automakers instead of brokers. It seems no one is listening to what experts say about the pricing.
Some experts and managers believe that pricing should be liberalized then automakers would be able to price their products due to the quality and competition but some say that the infrastructure for this action is not ready in Iran.
"Pricing vehicles start when I was the president of the National Competition Council. We found out and proved that the auto market is exclusive then we decide to make an instruction for pricing vehicles which determined different parameters from the inflation to quality. At that time managers of two major automakers of the country which have 95 percent of the market accepted the instruction.” Jamshid Pazhoyan, former president of National Competition Council told Khodrocar reporter.
"Most of automakers problem with the instruction was because of the base year and they said that they suffered losses in the base year. This matter denied at that time. At the time automakers count their investments and loans as a cost but we denied it. Since I was the president no one was able to change the pricing and instruction was active but after that I don’t know what happened to it. I don’t know if the instruction is in process anymore or not.” He added.
"National Competition Council lost a lot of its duties recently and I was in contact with 5 or 6 minister but after the government changed ministers began to pass my activities and decided to resign. I also think that it’s better to do the pricing under the control of National Competition Council.” He said.
"95 percent of the market is under the control of two major automakers and they can impact on price by controlling the distribution while they don’t have any competitor and importation banned.” He said. "The problem of part makers is that they are not local producers but they import parts from China with lower prices. After dollar price increased they continue to import again. Importing parts and giving them to automakers which assemble low quality cars. Right now importation banned and the market is exclusive so they are trying to increase the price of cars.” He added.
"The most important matter is that automakers are not private yet. It has been said that they are private but managers are chose by the government. This is hurting the economy instead of benefits it. We have structural problems in the country's economy, which, unfortunately, no one pays attention to them, and some people abuse it. All of this is due to the economic hardships that governments have had and caused these problems to emerge.
As the new minister is beginning his work, it is expected that the pricing matter finalized because he said that automakers and part makers are suffering losses so this should be clear soon. Also it will hurt the customers.
Khodrocar Reporter: Sepideh Ghazi Nejad
Khodrocar Translator: Amin Zamani
Tags: Khodrocar
Visit Home Send to friends Print
Share To:
subscribe to newsletter
Related News
A Look at Foreign Partners of Iran’s Auto Industry after Sanctions
Automotive Groups braked at Hafez Hall
Reviewing Forgotten Contracts/ The Durability of Part Makers' contract During the Suspension of the French Activities
Support of Automobile Activists from the Proposed Industry Minister
Auto Industry Leap to Fill the Gap of Importation
Your Comment