Few days ago and after the terrorist attack of America to General Soleimani car no one would though that Chinese partners of Iran’s automaker decide to return. 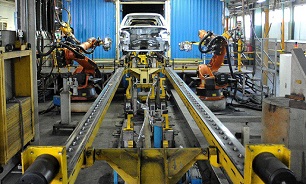 Khodrocar - With the US terrorist attack on our top military commander's car and the testimony of Sardar Suleimani and the subsequent fall of Iranian missile rain on the US military camp in Iraq, Chinese commanders and staff present in Tehran have withdrawn their passports and made their first flight to Beijing.
The funny thing is that some Chinese carmakers have forgotten about their promises and made plans to leave at once.

The unfortunate news that once again demonstrates that Iran's automobile industry must stand on its feet once again and with the self-sufficiency and internalization of the main components, such as the engine, it does not remain in the hands of foreign automakers.

The dreaded Iranian carmaker started assembling and producing cars many years before the Chinese, and now, over the years, he still waits for his half-way partners, who have been waiting for five years, like a wingspan and a broken bird. 8 Years of war and hard sanctions are now confined to firing short-range missiles.

These trips certainly have a clear message for automakers and executives in the industry, which necessitates the internalization of parts and nodding in the production of motor drives, a problem that has become a major challenge in most of Iran's automobiles, and with ever-increasing foreign partners. It is their production lines that drain and face a sharp decline in production.

What is certain is that the Iranian automobile industry is now in perhaps the most difficult conditions of its history, an industry that has been left alone by foreign partners and even Chinese startups and has yet to stand on its feet. Important industry to act logically and powerfully even as countries in alignment.

Now, at this historic juncture of the Iranian automotive industry, which path to choose, staying on the current dirt road or repairing its strengths and capacities and paving the way for self-sufficiency, now choosing managers and decision makers the main stakeholders are the industry.