In the case of a revaluation as one of the ways to raise capital, according to statistics provided by carmakers at Kodal, automakers have not taken action in the months since, and according to capital market experts, the move has only The end of the year will be valid. 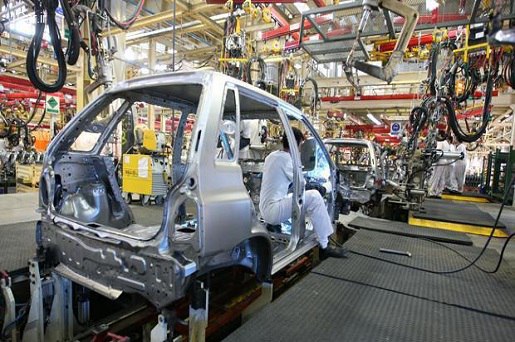 Khodrocar - Although the general assembly of carmakers has a six-month time frame for reassessment, capital market participants say the place will be available by the end of the year, and it seems that carmakers should look at this more seriously than in the past. The current situation is not possible for them to raise capital and it is only a revaluation that greatly improves their conditions.

In the report of Iran Khodro's financial statements published on the site of Kedal, amendment of the by-law of article 149 of the direct tax law on the issue of capital increase from surplus asset reassessment, the most important event of year 1398 was announced and according to the law on maximum utilization of productive power. , It is available to all companies, provided that it is added to the capital account within one year of the revaluation. Accordingly, the board of directors of Iran Khodro intends to use the asset revaluation tool to reform the financial structure.

Another measure that can drive automakers out of the current situation is increased capital. According to statistics released by the industry group released in Kodal of the company since 1394, it has not had a capital increase in addition to a revaluation, but this year saw a 28% increase in its shareholders' equity from receivables and cash inflows. It started in the year 93, so that according to the report, the company's capital in the year 94 was 15 billion and 300 million Rials.

Now, in a situation where automakers' financial strength does not allow them to raise capital, the only way out of the current situation is to reassess.

"According to the law, every company can re-evaluate once every 5 years, so re-evaluating this car group is ruled out, but in Iran Khodro by law is possible by the end of the year." Majid Saffari, expert of capital market told khodrocar reporter.

"Although it has been stated at the company's general meeting that it will be re-evaluated within six months, it will be possible to do so by the end of the year, but it should definitely be done in 98." He added.

"Automakers now have more than half of their capital accumulated losses, so they are bankrupt and only get out of the way if they start raising capital. There is no profitability for car makers but it will make them bankrupt." He added.

In these circumstances, it is necessary for automakers to submit their request for a revaluation as soon as possible in the final months of the year, perhaps to make it easier for them to obtain new blood, bad in the veins of the automotive industry.