stop of vehicle price with urgent sale of automakers

Vehicle price was rising for a while in the market. the price increment was influencing the Eid market but now with urgent sales this turbulence has been controlled. 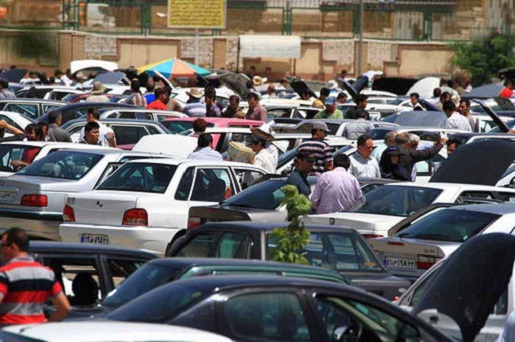 khodrocar - vehicle market was in turbulence after a sudden increment of prices and it was challenging the Eid market.
most of experts think that the main reason for this price increment and turbulence in market is because of wrong decisions of central bank for placing currency prices.

"The auto market has reaction to the official currency price and doesn’t work with the market price. If the market price had influence on auto market then price increments would be more and no one had the power to buy car. These price challenges are temporary and they are reacting to the tensions of market and they will restore to their before position.”

"Vehicle price has decreased 10 to 70 million IRRs. One of the reasons for the fall in prices is the increase in vehicle supply from automakers, which has risen past although sales in the market have dropped.” Saeed Motameni, an expert of auto industry

However, checking the price of domestic car production in the market has shown a tangible decline in prices over the past few days, and the market seems to be close to balance.

"Until the price adjustment, the car's instant auto sales policy continues. He also pointed out that in the early months of next year, traditional demand for cars could be reduced and demand reduction would reduce prices.” Farshad Moghimi, vice of minister in industry affair told khodrocar reporter.

"The daily production of the car reaches 4,000 vehicles per day, which is the same amount of car delivery. He also stressed that last week the Ministry of Industry announced announcements to automakers that it would take delivery of cars on shuttles and provide after-sales services.” He added.

Although the price of cars in the market has been reduced and the title is saying the price bubble is broken, parliamentarians and some members of the parliament's industrial commission have expressed concern about the previous obligations of car makers, saying that the car makers should first be made to clear up previous obligations. And then they have a direct and direct sale, so that people who bought from the car do not lose their rights.