The Puzzle of Production Increment and Car Price Reduction/ Sleep, which will not be Interpreted Soon

While it’s been said that production increment will reduce vehicle price but costs increment and supplying components put the price reduction in a shadow. 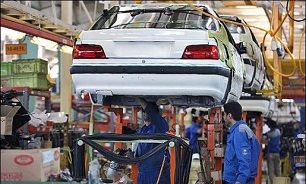 Khodrocar – In recent weeks the minister, auto industry activists and even members of parliament had meetings to solve challenges of this industry and production increment and price reduction were results of these meetings.

The minister and members of parliament think that solving the problem of components supplement, production will be okay and car’s price will reduce step by step and experts believe that setting factory price 5 percent lower than free market is logical and in long term will decrease prices.

It doesn’t seem that challenges of auto industry will solve easily. Many things happened in the current year and by production cost increment we can’t be hopeful that supplying component and applying grammatical price won’t make everything natural.

Saeed Madani, former CEO of SAIPA once told khodrocar that stability of prices made a hope in people to postpone purchase and they won’t buy till prices become more stable.

The system of pricing is wrong because one day a car was sold for 240 million IRRs and had profit but now its sell for 350 million IRRs in free market and automakers are in loss margin.

The important point is 2 main automakers were supplying components with dollar of 30000 IRRs and now dollar price increased to 9000 IRRs so a car like Pride costs 1500 $ for SAIPA and it adds 90 million IRRs to the final price and that’s why automakers are increasing prices.

Now assuming that bypassing the sanctions parts are also needed, the high price will increase the cost of the car, and as a result, the current factory prices are not reasonable. It is said to be lowered by rising production, based on a thorough economic principle, but the release of the news hopes people will return to last year's prices, which will reduce demand, thereby reinvigorating the automotive industry cycle. The final chain will mean sales will be difficult.
Khodorcar Reporter: Hadi Sianaki
Khodrocar Translator: Amin Zamani
Tags: Khodrocar
Visit Home Send to friends Print
Share To:
subscribe to newsletter
Your Comment