Vehicle pricing is waiting for the governmental decision and market analyzes with price increment was not successful because side market increased too but the most important thing is social consequences of pricing. 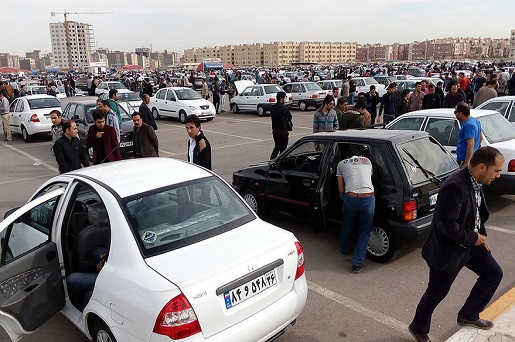 Khodrocar - The repeated story of vehicle pricing is at the top of news and every day we hear different opinion from officials. Some says price increment is to analyze the market and other are against this price increment. One day minister of industry says "vehicle prices are not increased but they are corrected and market price will reduce” other day he says ”We have plan to reduce market price and it needs production increment and now two automakers are facing with downward production rate. Price has direct relation with production and if production increase then prices should get down.” As it’s obvious they are not talk properly and there is contradiction in their speech.
After Reza Rahmani became minister and automakers association supported him it was expected to see sudden changes in the story of pricing but we are not seeing anything form the Rahmani either.
The new president of consumer protection organization talked a lot after taking responsibility of the organization but maybe he wants to use the interesting media wave of vehicle pricing to become famous. Previously he said that price increment of one automaker happened to analyze the market but now he says the consumer protection organization is pricing vehicle with documents then prices will be given to the market adjustment workgroup and they will decide when and how to implement new prices.
Anyhow, this matter has make automakers to suffer a lot and in the second half of the year they suffered losses and they can’t deliver presale cars. Also people are thinking about their cars and think whether they able to receive their cars or not.
Other are asking Khodrocar about different topics and don’t know what is happening to the auto industry some asks should we sell our cars? Is buying car right or not? Other who bought cars with a vision of financing are worry about their finance.
Experts say that instability in the market and production is hurting producers and the market. In the first place producers are facing different challenges and finally customers should struggle with brokers and middle men. The solution is to create a state of thought for the country's day-to-day economy and industry. Although the automotive industry faces a bigger problem like US sanctions these days, many experts believe that false decisions are more likely than external sanctions. Officials, circulars, and successive letters of approval have created a domestic sanction that is rooted in the industry.
Khodrocar Reporter: Sepideh Ghazi Nejad
Khodrocar Translator: Amin Zamani
Visit Home Send to friends Print
Share To:
subscribe to newsletter
Your Comment