Brokers Who Deactivate Part Makers Effort/ How does the Price of Parts and Accessories Increase?

Unless the effort of part makers to supply the market but price of some components is still high and it seems that middlemen are active in the market. 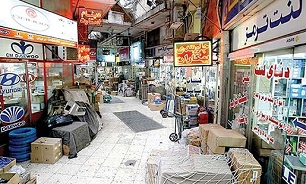 Khodrocar – part makers are struggling with different problems after the sanctions but they are trying to supply the market and automakers however the price of components are getting higher each time and everyone are talking about it.

We all know that producers are facing with lack of production and supply is lower than demand so prices rise but important point is whenever a component became rare and its price rise after a couple days the market with be full of that component.

It shows that there should be hoarding somewhere in the market on purpose but there is now supervision on it. The activity of middlemen in the market is rising prices they are looking for more margin so people will be unsatisfied.

"About local vehicles shortage of components is the real problem of repairmen and right now components of Brilliance and L90 is rare in the market and their price different every day.” Alireza Nik Aeein, president of repairmen union told khodrocar reporter. "There are some red hands behind this shortage because rare component became abundant after their price double so some people are preventing distribution on purpose.”

"Repairmen are consumers of components and whenever there is no part in the market they can’t work too. In the shadow of the uncontrollable price rises, and the supply of the piece after the overpriced mark of the hands behind the curtain, which should be taken by monitoring the profits of some people.” He said.

"Problems of part industry are still here and conditions haven’t changed. First materials are expensive, production rate is low and market is in stagnation. Nevertheless, producers are putting effort to supply the market and if there is a problem then it’s from the distribution system.” Farhad Beh Nia, voice of part makers association told khodrocar reporter.

"One of the most important needs of manufacturers is liquidity at present, and the piecewriter attempts to sell it as soon as it is produced, and immediately prepares it for the automaker or the market, and if the hoarding or deliberate intrusion on the market is due to the presence of the events in the distribution cycle.” He said. "With better supervision, brokers can’t prevent distribution of components.