Increase of supply and production raise cool down the market

The peace in auto market in the past week didn’t touched even by the turbulent of the Dollar price and supply was the main reason for this peace. 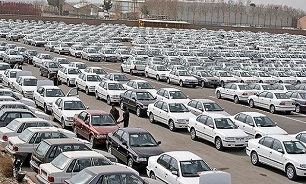 Khodrocar - The auto market, which has seen millions of increases since mid-October, has been stable for several weeks with increased production and a decent supply of color. Car market participants believe that pre-sales with short delivery and good supply in the final months of the year have led to price stability in the car market.

"Car prices have not risen in the last few weeks and we have only seen price fluctuations in the market.” Kazem Mohammadi Nikkhah, activists of auto market told khodrocar reporter.

"Automotive CEOs' promises of fulfilling past commitments by the end of the year have also had a positive effect on market calm, and production growth in December has also been effective because it has created the impression that supply was low enough so the negative psychological climate is in place. The market is shrinking, which can calm the market down a lot.” He added.

"The market seems to be less in demand this year as purchasing power has fallen sharply and prices have risen in the market, and undoubtedly the only buyers in this market are real consumers. The market does not have a higher price elasticity, and in such an environment any increase in prices under the pretext of approaching the end of the year could fuel a further market downturn.” He said.

"A look at the price trend also shows that car prices have fluctuated slightly in the past few days, with the daily decrease or increase of 10 million IRRs in the car market.” He said.
At present, the price of each Peugeot 206 car at the market has reached 90 million and 500 thousand tomans and the price of each Samand LX device at 84 million and 700 thousand tomans. Dena Plus Turbo also sells for 173 million Tomans Peugeot 405 GLX has also been sold for 73 million Tomans. Saipa 111 has also been sold for 54 million tomans and Tiba for about 64 million tomans.