A Brief History of Nissan؛ From Datsun to Electric Cars

As of 2013, Nissan was the sixth largest automaker in the world, and is currently the largest electric vehicle manufacturer, with more than 275,000 electric vehicles sold. 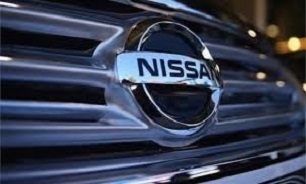 khodrocar_But, how did the Japanese car marque become the largest electric vehicle manufacturer? In this article, we take a look at the rich history of Nissan, from Datsun to the Nissan Leaf.
Nissan was founded in July 1911. It wasn’t created as Nissan however, and was instead the Kaishinsha Motor Car Works by Masujiro Hashioto and was Japan’s first automobile manufacturer.
The first car produced was the DAT and was launched in 1914. It was called DAT as it was an acronym of the company’s investors surnames.
Initially, the company produced mainly trucks due to the fact that there wasn’t a market for passenger cars in Japan at the time. Instead, they produced trucks for the military market as well as small utility trucks.
Commercial operations were put on hold during the First World War and when they resumed they made light cars and trucks under the name of Lila.
In 1931, DAT Motors produced a smaller car called the Datsun Type 11. It was called Datsun because it was the ‘son of DAT’.
In 1928, the holding company Nihon Sangyo was founded and the name Nissan came from an abbreviation in the 1930s which was used on the stock exchange. Nissan also included Tobat Casting and Hitachi.
In 1931, DAT became affiliated with Tobata Casting and was later merged into the company in 1933. Of course, as Tobata Casting was owned by Nissan, this was the start of Nissan’s car manufacturing.
In 1934, Tobata Casting expanded their automobile parts division and became a new subsidiary called the Nissan Motor Co. Ltd. The following year, the Yokohama manufacturing plant was completed and 44 Datsuns were shipped to Asia, Central and South America. It was in that same year that the first car manufactured by an integrated assembly system rolled off the manufacturing line. Nissan first built trucks, aeroplanes and engines for the Imperial Japanese Army.
Interestingly, in 1934, Datsun began to build Austin 7s under license. This was not only the start of Datsun’s international success but also became the greatest success of Austin’s overseas.
In 1952 Nissan and Austin entered a legal agreement for Nissan to assemble 2,000 Austins and to sell them in Japan under the Austin trademark. Between the years 1953 to 1959 Nissan produced 20,855 Austins.
Nissan used the Austin patents to develop their own modern engine designs and in 1967, Nissan introduced their Nissan L engine which was similar to Mercedes-Benz OHC designs but overall, was a completely new engine designed by Nissan. It was this engine that powered the Datsun 510. The 510 gained Nissan the respect it needed in the sedan market worldwide. And then they introduced the Datsun 240Z sports car, and it was this that cemented Nissan with world class status.
Nissan was a major producer of vehicles for the US Army during the Korean War. After it ended there was a huge anti-communist sentiment in Japan and the union that organiSed Nissan’s workforce were militant.
The company was facing financial difficulties and when wage negotiations came about, Nissan took a hard line firing several hundreds of workers. They then became embroiled in a bitter 100 day strike. The US occupation forces and the Japanese government arrested several union leaders and in the end, the union ran out of strike funds and were defeated. A new union was formed and its leader had an idea to save 2,000 jobs.
After continued success with Austin and the Datsun 240Z sports car, Nissan decided to expand into worldwide markets. The Datsun Bluebird was shown at the 1958 Los Angeles Auto Show and it was only two years later that Nissan created the Nissan Motor Corporation USA. They continued to have success with their vehicles including the Datsun Fairlady roadster, the 411 series and the Datsun 510.

The 1973 oil crisis led consumers in the USA to opt for small economy cars, and to meet demand, Nissan created the Nissan Sunny. The "Chicken Tax”of 1964 placed a 25% tax on commercial vehicles imported in the United States. However Nissan, Toyota and Honda began building plants in the US. At first, the American plants only built trucks but since have built the Altima, Maxima, Pathfinder and the LEAF.
Nissan and Ford shared models in Australia under a government-backed scheme called the Buton Plan. This meant the Nissan Pintara was sold as the Ford Corsair and the Ford Falcon sold as the Nissan Ute.
Nissan and Ford also partnered in America to market the Mercury Villager and the Nissan Quest which were essentially the same but with a few differences.
In 1999 Nissan were in severe financial difficulty, and ended up entering an alliance with Renault. Signed in March, the Renault-Nissan Alliance was the first of its kind involving a Japanese and French car manufacturer.
In December 2012, the Renault-Nissan Alliance formed a joint venture with Russian Technologies with the aim of becoming the shareholder of AvtoVAZ, Russia’s largest car company and owner of the country’s biggest selling brand, Lada. The takeover was completed in June 2014.
Nissan are currently the world’s largest electric vehicle manufacturer. They are known for their electric city cars, with the Nissan Leaf being their top selling vehicle. It is also the world’s top-selling highway-capable plug-in electric car in history with more than 240,000 have been sold worldwide as of September 2016.
Visit Home Send to friends Print
Share To:
subscribe to newsletter
Your Comment