It might be a concept, but the new Tonale SUV previews a production compact SUV for the famous Italian brand. It'll share its underpinnings with the Jeep Renegade, and hybrid power looks likely.
Khodrocar - Alfa Romeo has unveiled a thinly-veiled preview of what we can expect from its Jeep Renegade-based compact crossover, in the form of the slinky Tonale Concept.
Alright, so it mightn't quite make the journey to production completely unscathed, but there's very little on the Tonale that isn't ready for the showroom floor. With slim headlights reminiscent of the brutalist SZ and a rounded rear that calls the stunning Brera to mind, it sure is pretty.

Swap the hollow rear-view cameras for proper wing mirrors, sub the 21-inch alloys for something more rough-road friendly, and you're looking at the Jeep Renegade-based compact Alfa Romeo SUV that'll pick up where the now-defunct MiTo left off.

Details about performance are predictably thin on the ground, but the the Tonale wears an adaptation of the classic Alfa Romeo badge with a number of nods to electrification. The snake's body now trails off into an electric plug, and there's a lightning bolt in place of its tongue. With that said, there's only one filler cap on the rear. 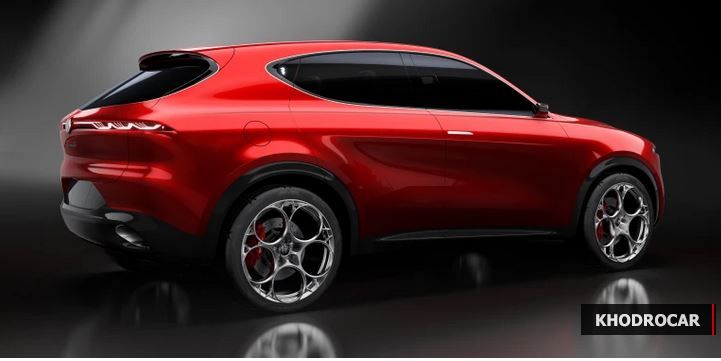 You actually press the illuminated badge on the rear pillars to open the rear doors, although we'd suggest that feature won't make the leap to production.

Inside is where the concept really lets its imagination run wild. Although the basic architecture looks production ready (or close to it), the detailing is pure show-car flight of fancy. With red lights running through the transmission tunnel and door trims, lots of chrome, and brown-on-black trim, it's very pretty, but unlikely to make the leap to the showroom floor.

There's a 12.3-inch digital instrument cluster facing the driver, something not currently offered on Alfa products, and a 10.25 touchscreen on the centre console which looks like a development of the current scroll-based system. 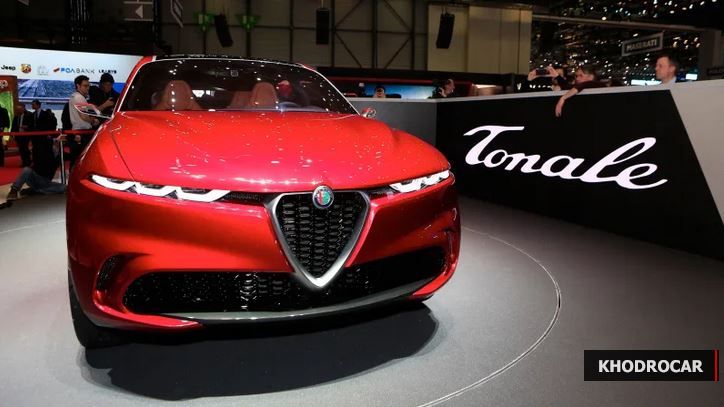 Will either make production? We're hoping so. With technology fast becoming the battleground for new-car buyers, Alfa will need to lift its game to battle BMW OS7.0, MBUX and Audi Virtual Cockpit.

Along with the Tonale, the Geneva motor show played host to two more Alfa Romeo debuts. The first is Alfista, an in-vehicle application aimed at giving the driver access to a world of live events and news about the brand, allowing them to order tickets for Formula 1 races, and opening the door for radio-style contests in search of free VIP tickets to brand events.

There's also a new Paddock app, which will allow fans of the brand to buy merchandise from within the car.
Tags: Khodrocar
Visit Home Send to friends Print
Share To:
subscribe to newsletter
Your Comment