Brokers are Out with Urgent sale and supply/ Vehicle Production will Increase?

It is about 2 weeks that automakers are produce and supply the market with their best selling cars to cut the hands of brokers from the market.
Khodrocar - The shortage of brokers hands became one of the concerns of government officials due to a lot of inflammation in the automotive market. Until last time it has been said that the lack of supply by automakers is inflaming the automobile market, and brokers take advantage of these conditions, and pocketed huge amounts of money by creating a black market.

After a comeback to the market due to official rising prices, rising prices in recent weeks and in the Eid Night market have raised concerns that the bad space has been created lastingly and it's no longer possible to control the market and, therefore, it’ been decided to allocate 80% of the existing production to the caretaker companies by issuing a formal order from the Minister of the Interior, and it would reach the people who signed up for the car. 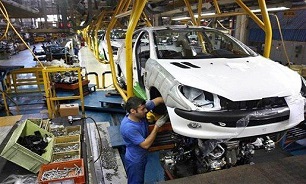 promotion organization has said that, the strategy of minister is to increase the vehicle production to supply the inner demands and it will break the tension that broker are making. Also there is no need for importing cars and local production will be enough.

Meanwhile, automakers are struggling with different problems and one of them is shortage of spare parts and not clearing them from customs. Manager of Chabahar customs said that 3000 containers of Saipa and IKCO are stocked and we asked them to clear this parts within 20 days.

While the Minister of Interior spoke of a comprehensive vehicle-to-vehicle solution, but such problems arise in the way of production every day. While automakers face shortages and problems with their production, They do not have their own loads. The government should facilitate the production process for these car makers before they force car makers to pre-sell and market vehicles. Although it is said by authorities that there are no restrictions on the importation of automobile parts, and they are not prohibited like cars, and importers can easily import parts, but the problems of clearance and exchange are still confronted by importers and are not resolved. However, the expectation of increasing production from automakers does not seem to work as well.