Paradoxical Behavior of Standard Organization to Stop Non-standard Vehicles/ Deadline for car manufacturers has been extended?

The deadline of passing 85 standard was at the first of this month and standard organization said before that they won’t postpone this deadline and now they announced researches will take several months. 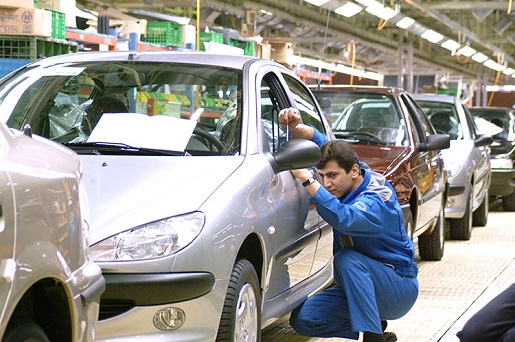 Khodrocar – the auto industry is struggling with sanctions and economy difficulties for a long time. Production rate of auto makers in all sections has reach to 40 percent and some says its lower than this number but among all this standard organization didn’t take a step back and insist of 85 vehicle standards.

Right now even the standard organization know that they can’t put more pressure on automakers because production rate of some cars will decrease more and more in the future and automakers can’t fulfill their presale cars.

Sometime before Farbod Zaveh told Khodrocar reporter that insist of standard organization on these 85 vehciel standards would have bad effects on the auto market and he believed that for cars with high production rate this plan will postpone and his prediction was right.

Also Reza Rezaei, member of component makers association told Khodrocar reporter that standard organization should calm down on their position because there is no other way.

However, last day, Nayereh Pirobakht, on the sidelines of the Tehran Chamber of Commerce's Chamber of Commerce meeting, told reporters that "In the case of non-standard automobile vehicles, we gave them one year of opportunity to address non-standard cases." At the moment we can not tell which cars will stop, then the corresponding tests should be carried out again. With this in mind, automakers have received a standard term of office for another year to meet the 85 standards, and the standard organization, according to experts, has no choice but to do so.