Part Industry on the Brink of Bankruptcy

Part manufacturing doesn’t have a good condition in a long time and now it’s near bankruptcy. Activists are believe that if the government officials don’t think about it we will see the end of this industry very soon. They hope to see better days with vehicle price increment. 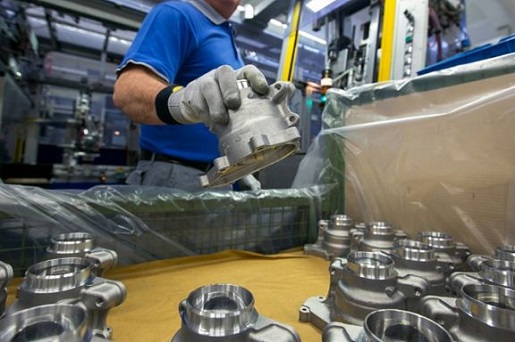 Khodrocar – auto industry and part manufacturing don’t have good condition in recent months. Officials and experts severally said that these two industries need support in the current situation. Also it’s been said that the government should encounter with those who try to make problem for these industries but all of them are just talking with no acting. Part manufacturing is worse than auto industry and activists are saying that the industry is at the end of its life.

Arash Mohebi Nejad, secretary of part makers association said that the current problem of part makers is not clearance if parts from customs but shortage of liquidity, ambiguity in pricing, delay in supplying first material and reduce of production rate are the main problems which are challenging auto industry and part manufacturing.

Rohallah Babaei, a member of the parliament also said that part makers shouldn’t have problem and exclusivity in auto industry and supplying parts will kill both industries. It may have other effects like unemployment.

"Auto industry and part manufacturing have different problems and one of them is the multiplicity of resources so most of them are producing lower than their capacity. Second problem is the entrance of fake part manufactures to this industry. They are businessmen who are importing instead of producing.” Baharam Shahriary, an expert of auto industry told khodrocar reporter.

"Another problem is corruption. The strange corruption in the industry and the companies that are contracting them are created. Some of the big installers proudly say that we are setting the policy and they try to push their words to others. They also preventing any entrance from small producers and closed some others.” He continued.

"The problems of multi-faceted component makers are the lack of liquidity in the business sector and the heavy pressure they are pushing on the banking market and they are forced to supply their market and the high-interest banking system. Despite the delays in receiving their payments, which are also about six to eight months, and they do not receive a fine, they will not receive additional funds, but when they are owed to banks, they will be fined and fines will be paid late. As a result, a small amount of profit will be disadvantageous.” He added.

"In a word, if I want to describe the state of the country's construction, I would say that the industry is bankrupt. And the cause of this bankruptcy is by no means self-employed. The factor is external and it is subject to the government's wrong policies. Because the government does not have a definite and cohesive planning in the development of the automotive industry and any other industry. Our automotive management system is at the disposal of government executives, and they are only considering their chair, not qualitative discussions, not market-like discussions. As the two private and public sectors collapse, the public sector has shaken the private sector, and today's component manufacturers have been crushed by automakers.” He said.

Though the former minister of the industry and minister of the new ministry have repeatedly arranged car meetings to investigate the problems of the industry, but to date, there has not been a solution to the problems of car manufacturers and car makers. Last night, Reza Rahmani has been working with manufacturers and car makers to check prices for high-speed cars. As a result of these recent ministerial meetings in the industry sector, it has proven to be a reliable source of a 30 percent increase in the price of high-end vehicles and announcements this week. Sector-makers are hoping that the liquidity section will be resolved with rising prices to save them from bankruptcy.