European automakers especially French left Iran despite all of agreements. Now Renault Pars which was an Iranian-French company has problem to produce and supplying part and transferring technical knowhow never happened. 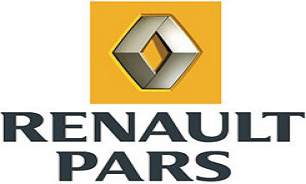 Khodrocar – Exit of USA from JCPOA and setting hardcore sanctions against Iran’s auto industry is getting clear every day. One effect was exit of foreign automakers form Iran. At first we thought these companies never left Iran completely and we can find a way to cooperate but it is getting new aspects every week. Renault has obeyed the sanctions and they didn’t sell a thing to Iran at September 2018. They lower their cooperation with Iran at the first period of sanction but now they completely cut relations.
This disconnection has caused problems for Pars Khodro to produce Tondar 90, Pars Tondar, Sandro and Sandro Stepway and they delayed to deliver presale cars. Renault Pars announced that they are negotiating with Renault to solve problems. The company is responsible to supply part and transfer the technical knowhow of Renault to Iran but it seems that this will now happen again.
"In the past period of sanctions Renault stayed in Iran and continued its activity however it was not very much but they delivered products to people but their action right now is a bit strange. As we know European Union is working on a plan to stand against all sanctions. Nevertheless, America’s sanctions are getting more complicated and individuals are getting sanction. This happened while Renault invested a lot in Iran.” Amir Hossein Kakaei, expert of auto industry told khodrocar reporter.
"Producing L90 was the only place we had improvements and most of the car was localized.  I think near 50 percent of its components were produced in the country. That’s why they are not talking about this matter.” He said.
"In the past two years activities were slowly and contract with Renault had some
structure problem. For instance, Bon Ro site was a show between two ministries. They picked the production line instead of a debt but SAIPA never agreed to give the site to Renault and the chance of transferring technology and technical knowhow dismissed.
"We have critical problems in the philosophy of industry improvement. For instance the way that IDRO signed a contract with Renault was bizzare. Investors like to come to Iran and they are really firm about their decision.” He said. There is no constructive empathy in the country, and the business development environment is not suitable for the foreign investor.
Khodrocar – Sanctions had negative effects on auto industry. They are delayed to deliver presale cars because they never thought they can’t finish a car. They have to face lots of people who are waiting for their new car but the company is not able to build one. However, it now seems that the Ministry of Industry and Chambers should have a re-review of the activities of Renault Pars, and they have to do this by mapping and designing programs.
Khdorocar Reporter: Sepideh Ghazi Nejad
Khodrocar Translator: Amin Zamani
Visit Home Send to friends Print
Share To:
subscribe to newsletter
Your Comment