Vehicle Inspections Would be more Serious?

Every year as we get near to the cold days of the year different plans announce for to control the air pollution and prevent the increase of emission in the air. The main question is do these part time plans really beneficial for the pollution or not? 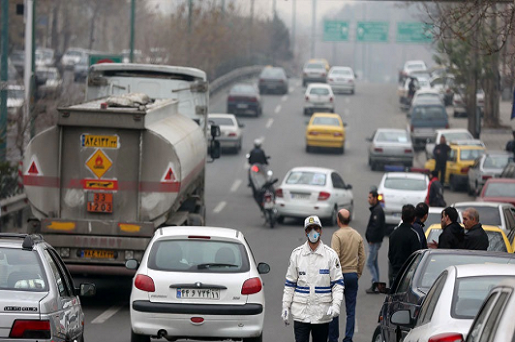 Khodrocar – Decrement plan of the pollution control plan was a plan the its first phase launched at the second half of 1395 in the Traffic plan in specified plans and the second phase launched at the beginning of Aban (Iranian Calendar) for 24/7 in all over Tehran and in this phase diesel and light vehicles are in attention because 54 percent of Tehran’s emission is belong to the diesel.
In the second phase of this plan has been said that the emission control should be expand to all over Tehran and all technical inspection has to be controlled. Because the politics of reducing air pollution is emphasizing on reduction of suspended particles which is produced by diesel vehicles and old worn-out cars.
Near 1200 controlling camera is installed all over the city to check the inspections and these cameras will recognize cars without inspection and make fee of 500 thousand IRRs for them.
"Every year when we reach the cold days, we remember to think about the pollution and managing it. But we pass this matter after a short time and we don’t have any plan to finalize this matter.” Abbas Majidi Nejad, president of inspection association told Khodrocar reporter.
"These kinds of decisions are like a shock and this shock was hurting the inspection centers sometimes. Because this shock will make emotional condition and in a short period the number of vehicles increase behind the doors of inspection centers but after a while this state decrease dramatically.” He added.
"Deciding about the result of these shocking plans is the job of metropolitan management. If they look at these plans for a long term then it will be great but in our country everything is part time and most of plans don’t have any backbone of pre planning.” He said.
"We can’t say that this plan is beneficial but shocking movements are not very good for reducing the air pollution. Inspecting vehicles should not be emotional and people should be aware of the benefits of this matter.” He added.
We have to wait to see the result of this plan in controlling the air pollution but we have seen that these kinds of plans never solve the problem of air pollution in mega cities. Perhaps we should hope to see positive effects in the future by following and sustaining the implementation of this plan.