Persistence of Foreign Automakers in Iran: Disturbing or Profitable?

Renault decided to stay in Iran after Trump’s speech unlike other companies such as Peugeot. Now the question is how much this staying would be beneficial for the Renault? 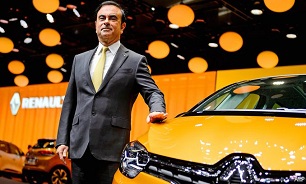 Khodrocar – America’s exit from the JCPOA had great impacts on the automotive contracts especially with the French companies. As a result Peugeot-Citroen announced to exit Iran. Since Peugeot said the news everyone was waiting for the Renault to announce its opinion about working with Iran. After a short while Carlos Ghosn, president of Renault-Nissan-Mitsubishi said that they would stay in Iran.
Now the most important question is why Renault decided to stay in Iran as they are improving with a good peace? This presence would be hard for them because of sanctions but, we shouldn’t forget that Iran is the 8th best Renault market in the 2017 with the amount of 162,079 cars sales. Since the Mitsubishi joined Renault-Nissan in 2017 they became to best-selling automotive group in the world.
"At first we have to mention that Carlos Ghosn, president of Renault and chairman of the board of Renault-Nissan-Mitsubishi is an experienced manager who has a good history. The profit of Renault-Nissan is the result of his management and decisions in the past decade. Without doubt Ghosn has analyzed all aspects of staying in Iran and surly have statistics that make him to stay in Iran and face with possible problems. Also, Ghosn has said that they are going in a way which has low risk. It seems that nothing would happen to Renault profit in Iran.” Amir Hossein Kakaei told Khodrocar Reporter.
"Peugeot-Citroen has lost a lot since they leave Iran because of their investments in Iran. Their exiting shows that this company is not able to make a good decision and doesn’t have the ability to face the sanctions. By considering these points, their exiting would seem logical.’’ He added.
"Renault’s policies are so different with Nissan and Mitsubishi because these Japanese companies are counting as luxury automakers in Iran and they don’t have much request in Iran so it wouldn’t be profitable for them to start a production line in Iran. on the other hand, Renault has products which are designed for the middle range of people with medium prices and they are good for mass production for instance Tondar 90 is a successful Renault product in Iran.” he said.
"Renault is the 2nd major automaker in Europe and has potential to make decision of staying in Iran or not, so we can be positive about their staying in Iran. Also, we shouldn’t forget that any changes in Renault profit would lead them to exit Iran and it means all French companies would leave Iran.” Kakaei said at last.
Khodrocar Reporter : Fazel Suri
Khodrocar Translator: Amin Zaan
Tags: Persistence ، Khodrocar
Visit Home Send to friends Print
Share To:
subscribe to newsletter
Related News
Will Vehicle Import Improve?
Is there any Solution for the Market’s Disturbance?
Peugeot Mandatory Replacement with Renault
Your Comment