An Australian man who died in a Sydney car crash may be the 18th death linked to faulty Takata airbags. 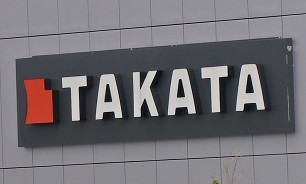 Police did not say the airbag in the Honda CR-V was from manufacturer Takata, whose faulty airbags have been linked to 17 deaths and more than 180 injuries worldwide.
However, Honda Australia director Stephen Collins confirmed on Saturday that the vehicle involved was linked to the worldwide recall.

"The vehicle involved, a 2007 Honda CR-V, was the subject of Takata airbag inflator recalls," Collins said in a statement, in which he offered the company’s condolences to the family of the dead driver.

"Honda Australia is working closely with authorities to provide whatever assistance is required."

Takata Corp. filed for bankruptcy last month after being forced to recall around 100 million airbags worldwide -- but that figure could be set to double pending an ultimatum set by U.S. regulators.

Dozens of models of vehicles and nearly 20 automakers have been affected by the airbag recalls, with Takata's automaker customers having so far borne much of the estimated $10 billion cost of replacing the faulty products.