The announcement of new prices by the automakers on the eve of the meetings shows that the automakers are trying to make a loss in the new year because the capital increase from the revaluation last year due to lack of liquidity did not cure the pain of the automotive industry. Now carmakers are looking to rely on stock price growth to prevent losses in the new year. 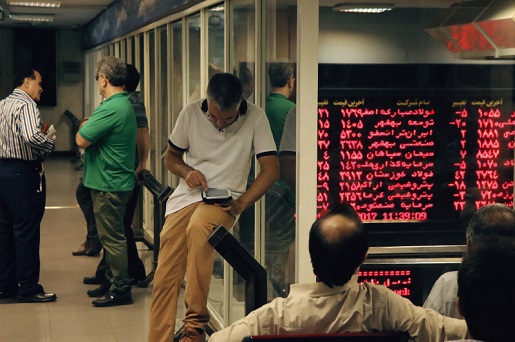 Khodrocar - Simultaneously with the holding of automakers' meetings, efforts have been made to improve the situation of the industry by relying on public funds. The announcement of the new prices of Saipa Automotive Group on the eve of the assembly and the definition of 30 platform development programs by Iran Khodro show that these automotive groups are trying to maintain the capital invested in these companies.

In the past few days, the Khodrocar symbol also drew a clear vision for the year 1399 by holding an assembly. Although Iran Khodro did not benefit its shareholders, it promised to launch a new product annually from now on. The meeting, which was held on the last day of the week, ended with the approval of the financial statements of this industrial group, and now we have to wait for the new week and the stock price situation of this automotive group.

But since the automakers are in the second and third ETF lists, it is predicted that with the reopening of the symbol of this industrial group this week, we will see the growth of its stock price. The actions of car manufacturers in order to maintain the value of shareholders' capital continue, and in this regard, Seyed Javad Soleimani, CEO of Saipa Automotive Group, recently wrote a letter to the Stock Exchange and Securities Organization announcing the average growth rate (inflation) of the company's production costs for three In the first quarter of 1399, the Central Bank has announced the new prices of this automotive group in the second quarter of the year.

In this letter, the prices of cars subject to pricing based on changes in the base price (cost basket) as well as the approvals of the thirty-ninth session of the Automobile Committee of the Ministry of Industry have been announced. It is approaching, to prosper.

The capital market is lucky with car shares, while Bahman Group, with its executive measures in the past year, has been able to mitigate the negative effects of sanctions and by forecasting new production lines and targeting 200% of production, each of its shareholders will be 40 Tomans. For each share, which should undoubtedly be considered a positive point in the performance of this automotive group.

Reducing arrears, planning for growth in production and product development are some of the things that could boost demand for automakers' stocks this year, while a look at the group's stock price growth in recent times shows that any positive developments In this industry, there are positive consequences, and with the recent actions of automakers, the expectation for further growth of stock prices will not be out of reach.