Economic Stability is one of the key factors for developing the economic activities and due to an increase in the exchange rate in recent days, it seems that the Industrialists, especially the part makers will experience different days in the future. 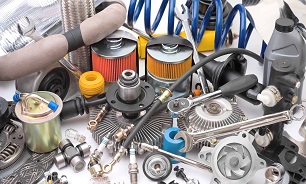 Khodrocar - The exchange rate, especially the Dollar and the Euro, has been steadily rising over the past few months and US dollar now worth 39000 IRRs at the current free market.
Iran’s Industry and Production depends strongly on exchange rate fluctuations. An increase in exchange rate leads to an increase in the fixed price of all products and Automotive industry is no exception.
Automaker supply their parts by domestic production and import. The Ministry of Industry, Mining and Trade emphasizes on domestic part makers’ participation and we can see it obviously in the recent contracts.
Due to exchange fluctuations in the last winter, auto part makers felt the danger and requested the Ministry of Industry, Mining and Trade to review the contracts in order to prevent the disadvantages of part makers.
Reza Rezaei, Secretary of Iranian Auto Part Manufacturers Association, told Khodrocar regarding the issue: One of the obstacles facing the industry is the lack of economic stability for creation and development of long term plans of activity.
He mentioned: With an increase in exchange rate, the price of auto parts which are produced domestically will rise but due to the contracted which signed between them and automakers, part makers are not allowed to increase the prices and this will put them in danger.
Secretary of IAPMA said: The exchange rate should remain constant for a certain period of time so that the medium-term and long-term business plans can be operationalized.
He added: Lack of economic stability will decrease the power of domestic auto part makers.
Also Sasan Ghorbani, a part manufacturing activist mentioned an increase in exchange rate and told Khodrocar regarding the issue: Due to an increase in exchange rate in the past six months, raw materials are priced more expensive than the early days of the year.
Ghorbani mentioned: According to the contract signed between auto part makers and automakers, if the exchange rate increases, there is no clear solution for part manufacturers to handle the situation. Totally, the domestic auto part manufacturers are not allowed to increase the parts’ prices and this is a danger for them.
He added: The fixed prices of products strongly depend on the fluctuations of exchange rate and due to the pricing method of domestic vehicles, the automakers and auto part manufacturers will suffer from the growth of exchange rate.
Khodrocar Translator: Maziyar Jafariye
Tags: Auto Part ، Manufacturers ، Exchange Fluctuations
Visit Home Send to friends Print
Share To:
subscribe to newsletter
Your Comment