The auto market in the past weeks is observing the price decrease and this is continuing even by summer coming and season of request. 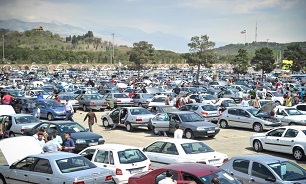 "In the past days, the market was not alive and if it had a breath last month, this breath was taken in the month of March, and absolutely no buying and selling is done.” Kazem Mohammadi Nikkhah, activist of auto market told khodrocar reporter.

"Despite falling prices in the market, they are still not buying because they are waiting for further price reductions, so no buying and selling will be done.” He added.

"When prices rise, interest in purchases among Iranians increases, and when prices go down, they will not be able to buy more.” He said.

"We are currently seeing an increase in vehicle supply, as imported cars are being discharged from customs on the one hand, and on the other hand, the supply of cars has grown and incomplete vehicles are being completed, and the price of the currency has been decreasing.” He continued.

"The downward trend is expected to continue in the coming months unless something happens and buyers are already waiting for further price reductions, which has led to a deep recession in the car market that is still being avoided. At the same time, investors in this market are also struggling to crash out selling their registered cars.” He said.
"The bubble is evacuating, but it is undoubtedly a reflection of the economic situation in the automotive market, because the economy is undoubtedly showing the drawbacks of showing itself in the car market and prices, and if the economy was stable, it would see these happenings in We were not in the car market. He said.