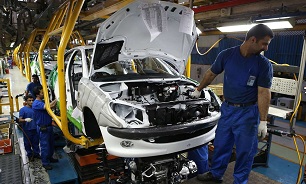 about the not proper managers and now the question is what are the pros and cons of the previous managers of auto industry which is making the current problems.
"The events that took place in the industry is not because of the managers themselves, they have nothing to do with the directors of the industry because they have not brought up a strong intellectual drive that has led to growth.” Farbod Zaveh told khodrocar reporter.

" Studies show that in the past few years, the managers of this industry were not independent directors and only assistant secretaries in automotive companies, and the result of this process was that, in order to comply with the Minister's instructions, events in automobile companies occurred, The next minister and managers are very complicated and the company has been in crisis." He said.

"The behavior that is applied to automotive companies with high-level executives has created catastrophic results for companies, which, for example, produce 200,000 non-commercial vehicles at the automotive flooring floor, including a massive liquidity of 40 million USD Locked out of automakers and not only has no advantages for them, it also destroys the liquidity of the makers.” He continued.

"What's happening in the automotive industry can’t be attributed to the directors of the industry, but they are the only policy-makers who have been appointed by the Ministry of Industry and have been selected as Managing Director by their close relationship with the Minister of Industry. Due to incorrect decisions, they have resulted in accumulated losses, defective vehicles and delayed installments.”

Such statements suggest that the automotive industry today, more than any other issue, requires independent directors and employers to take control of the issues involved in the implementation of strategies and logical decisions in the industry. In this case, it could be hoped for the bright days of the industry that this will not be achieved except by privatizing the automotive industry and leaving it out of state ownership. In its next reports, the automaker will examine the performance and the positive and negative points of the two car makers in the country in order to identify the Achilles heel of the industry.