International limits in front of automakers and sanctions in the past year has increased the necessity of prediction and planning according to the economy war and stable development in auto industry. 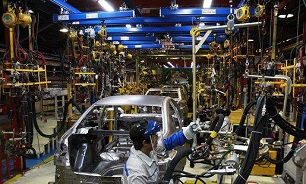 Khodrocar – since last year and before sanctions officially start, this industry faced with different sanctions which it couldn’t match itself with it yet, now automakers can’t fulfill their promises and most cars produced incomplete.

"The problems that the automotive industry faces today is not just about the industry itself, but issues outside the industry have also been involved in the emergence of these problems, which have caused monetary and financial problems and international restrictions that arose due to sanctions. These issues have led to a rather unbalanced situation for the automotive industry.” Ramin Noor Gholi Pour, member of industry and mine commission of the parliament told.

Expressing that we are in the country's automotive industry and will do our best to reduce the dangers, he said that the most important action of the parliament and the government in the current situation is to use all its efforts to provide inputs and materials, the trend will flow according to normal procedures. Meanwhile, there are some restrictions on international money transfers affecting vehicle production and supply, but we hope that this fluctuation will be minimized.

"These limitations could have had less effectiveness in the event of the proper prediction of the situation as well as the depopulation of the products, but at the moment the problems of the automakers are externally external and not related to their performance.” Saeed Madani, expert of auto industry told khodrocar reporter.

"If managers of automotive companies with higher managerial stability were storing parts in a situation where everything was normal, such obstacles would not arise because the experience has shown that sanctions are in different periods, albeit negotiated. But re-applied. Thus, with the storage of 6 or 8 months of sensitive parts of the imported product, there was a possibility of continued production despite the inflation.” He added.

"These parts, which currently include airbags, ECUs and electrical components, account for a total 10% of the price of a car. Therefore, at a time when cheap currency was available to automakers, due to the sensitivity of these components and their role in automobile production, was applied to storage.” He said.

"Attempting to achieve advanced native technology and addressing the challenges and limitations of sanctions is forgotten when oil prices rise or when the country is in a favorable position in terms of oil revenues. In the past, it shows that at the same time as oil prices fell or when sales were minimized, the country would be more properly planned, because we relied on ourselves, but as oil prices increased, and its revenue entered the country's budget Increasing disruptions, irregular imports and rents.” He said.

"This trend, referred to as sustainable development, has not been seen in any development program, and as soon as things get better, everything is forgotten, while the automotive industry is a complex industry and exterior effects have a dramatic effect on it. These working conditions in the automotive industry are that if we want to achieve a modern and one-size-fits-all industry, we will rely on the power of the domestic elites and with the research done on high-tier production and to be able to be a technology group whose production method Build trusts and make them commercialize.” He added.

"In the meantime, we must understand the concern of small and large makers because they are struggling to continue production in a situation where they face the challenge of liquidity and international constraints.” Madani said finally.

We hear a lot of reports about the problems of automakers in the production process due to the international sanctions imposed by the sanctions. The announcements, although showing the hard days of the automotive industry, but by taking tight steps in the inland route, will ensure the future of this industry. However, some believe that these measures should be taken at a more appropriate time, but, nevertheless, automakers believe that these restrictions, which made them more difficult to fulfill their obligations to buyers, while having more difficulty for them, have more doors to the automotive industry.