Auto market affected by delay in clearance of stocked cars/ Price of imported cars will decrease? 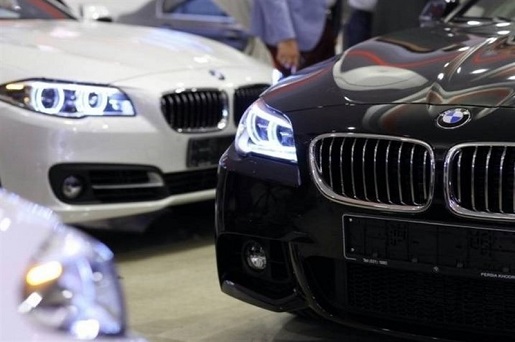 Khodrocar_It took about a month from the beginning of the car market, but this market has come up with prices in the new year, like the domestic market. Of course, the growth of prices is so unreasonable that car customers just watch the market and stop buying, because the purchase of these cars at this price is not conceivable to customers at all. The lack of clearance for imported cars has led to a boom in a car market, and if a car is bought and sold, it's because everyone buys and stores in a car for more profit.
ohsen Alikhani, an activist of the imported car market, told the automaker of the automobile industry that the growth in prices in foreign cars was unbelievable, because the average price of foreign cars rises from 10 to 20 million USD per day.
He explains the causes of price growth: the lack of clearance of cars in the customs and the uncertain fate of car imports, as well as rising exchange rates, are among the reasons why the imported car market has been inflamed. The government does not specify the fate of imports and does not plan for it, and this will hurt the turmoil of the imported car market.
Aikhani continues: while two months since the start of the clearance of foreign cars, Customs has only discharged 500 vehicles and companies have failed to comply with their obligations. According to news released by the Ministry of Finance to increase the clearance, the president has suggested that the car be banned from signing up for the bank. Perhaps if this is done, the turmoil of the car market will be reduced.
Recently, the moderator of the Association of Automobile Importers Mehdi Dadfar has stated that the last day of the government's approval is May 16th, 1998. If it was not implemented, we would ask the Minister of Finance and the first vice-president to proceed with an extension without expiration. In the event that extensions are not carried out repeatedly, different interpretations of this resolution will take place. If the law is still renewed, its success will be even higher.
He also spoke about the future of the imported car market, which was supposed to be in the case of clearing cars from customs, which would see an increase of 20-30 percent of the price of imported cars on the market. This happened before the bookings were made, and since the past 10 days we have seen weird prices on the market. At the moment, the arrival of customs cars would have a 10 to 15 percent chance of rebounding if the central bank is to receive reasonable margins. There is a demand market in imported cars, and when there is no supply there is a possibility of price increase.
Visit Home Send to friends Print
Share To:
subscribe to newsletter
Your Comment

30 percent increase in prices after the increase of exchange rate