36 percent increase in wages in current year is concerning bosses because they can’t pay the wages for so most of industries will lose their workforce especially auto industry. 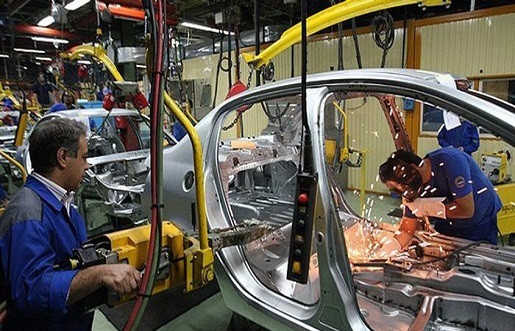 Khodrocar - Carmakers that faced many challenges last year by imposing external factors such as the sudden rise of the exchange rate and sanctions and the withdrawal of foreign partners, recorded a high accumulation of losses, and although successful in the late stages of the year, with a predictable facility, the successful They were offset by the decline in their production circulation, but due to bad weather, the situation in the industry has not returned to normal. In this situation, the dramatic increase in wages to help workers lead to predictions of a less favorable situation in this industry as well as in other industries, while there is a potential for moderation of human resources.

"In such a situation, at least what might happen is a moderation in the percentage of manpower because of the increase in costs, which in the current situation is out of the power of the automakers, and this process can accumulate more damage to them.” He added.

The imposition of additional costs to automakers as the wage increases, while expert Hamid Haj Ismaili, a specialist in the field of labor, has another opinion.


"The cost-benefit in the automotive industry is a very serious issue that has been more and more considered in the past two decades, but at the same time it should be noted that the strategic industry, like the automotive industry, along with other major industries such as oil, petrochemicals and steel Of the industries that are always supported by the government” he said.

"It’s been emphasized that this industry is in the process of privatization but in fact it isn’t happening and it has the support of the government and parliament and due to price increments, costs of production will increase too.” Haj Esmaili said.

These statements come as though the automotive industry has been moderating its workforce last year due to restrictions imposed by the sanctions, but in the segment industry, we saw moderation and unemployment of a large number of workforce that increased wages in This year, it exacerbates this concern. Now, the automakers have to look at what strategy can control the cost of rising wages.