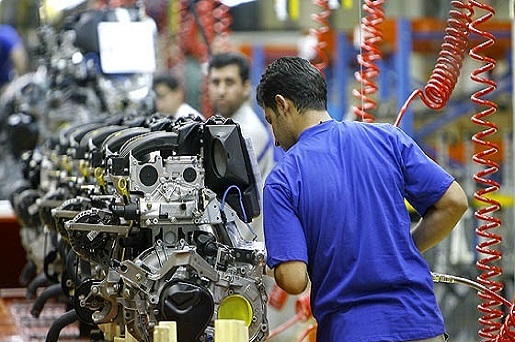 Khodrocar - Industry sector activists are calling for a trouble-free effort to get this facility, but the banking system does not easily accept such a thing. They believe that repayment of this facility will not be at the cost of receiving time, but should be paid at the price of the payment currency. This trend will lead to any delays in identifying how to pay the facility for the car industry and the unit to be destroyed.

"The cure has to happen before it's been set, but no instructions have yet been set on this issue, and the continuation of the current process will undoubtedly lead to the closure of the car manufacturing lines.” Saeed Sabouri told khodrocar reporter.

"We remain dependent on the automotive industry, and self-sufficiency has not yet been fully realized in this industry. The central bank, industry ministry, automaker, and part maker have different opinions and have not yet reached any conclusions about it, and killing time will result in the production of more flawed cars at the factory floor.” He added.

"In this context, we are asking the Central Bank to repay the facility at the rate of the day, which would not be cost-effective for the automotive industry, and it seems that in such a situation, banks are thinking of a good deal and do not pay attention to the fact that if they are closed The car industry and the piece, the Ministry of Labor must be required to pay heavy unemployment insurance.” Sabouri told.

"The central bank has not paid any attention to the negative effects of this decision, which has already led to more than 13,000 container shipments in the Customs by deciding to pay off the difference between the government and the national currency. Currently, the order for payment of this facility has been issued and is only pending for the Central Bank to be provided to the installers, but how it is received and repayment is still unclear that this process is helping the enemies of Iran.” He continued.

"At the moment, the interest rate is announced at about 18%, but in practice this is not the case, and the interest rate will be much higher, while the process can be resolved by dialogue, but until the conditions of the trend continue to fluctuate, That facility was paid for 4 trillion Toman at the last moments of the year when contractors were demolished. On the other hand, the ordering cycle of the ordering of parts has been lethal and time-consuming, which has closed the footprint of the industry.” He added.

The method of repayment of foreign exchange facilities has become a serious challenge to the makers while the Secretary of the Compactors and Automobile Manufacturers Association on Tuesday convened a meeting of large manufacturers and industry ministers and activists in the area to accelerate the process of paying this facility. And how it was repaid, so that the facility is not subject to the approval of the monetary and credit council. It should be seen with the emphasis taken by the Central Bank officials on what they are going to do.