At the same time as the boycott of the car industry began in August, the first sector that suffered the most from the sanctions was the piece industry. 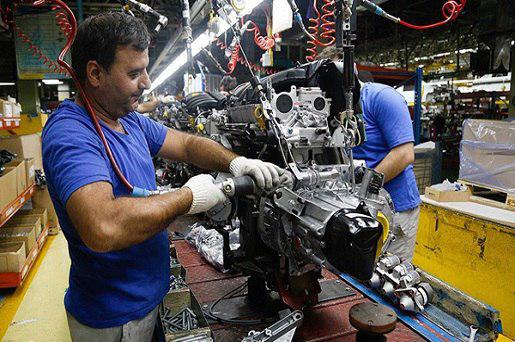 Khodrocar - The supply chain of automakers, on the one hand, has been hit by a lot of sprays due to an increase in the exchange rate, and on the other hand, they have sought to disconnect their foreign partners, as well as problems with the supply of liquidity with a lot of sprays. In such a situation, the automotive industry also suffered from this process.
The reduction of about 50 percent of the production circle, the production of about 30,000 semi-finished vehicles and the deductible obligations of automakers, which brought car manufacturers a downturn last year, was the result of the inability to produce cogenerators.
Under such conditions, the allocation of 4 trillion Toman facilities to the industry in the final days of the year could bring production to the highest level and respond to a large part of the obligations of automakers. Although it is far from perfect, the activists of the industry believe that by continuing to support the industry's definitions, this year, which is considered one of the hardest years in the Iranian economy, can easily be spent.

The forecast for 110 trillion IRRs of currency exchange facilities alongside the facilities of 4 trillion Toman has promised the makers a day without any concern for liquidity. At the same time, the issuance of an order to place an order without transferring foreign currency, one of their demands, has also become operational, and although some of the activists in this area consider limiting the determination of the ceiling in the bill, they nevertheless emphasize that decisions This should be done in the second half of last year to stop the production of the manufacturers from stopping.

"Due to reduced circulation and higher prices, the need for modification and adjustment of contracts seems to be more necessary than before. The part makers spent all their assets last year on supplies, and now they can’t afford. If the car industry is to be activated, followed by the piece industry, they should look for liquidity while at the same time adjusting and updating the prices. And will be at the expense of the piece.” Ahmad Reza Ranaei, member of part makers association told khodrocar reporter.

"Nevertheless, many negotiations have been ongoing and are still being pursued, but the reform of the car maker contracts that was approved last year was postponed due to disagreement with the increase in the price of the car.” He added.

"Modification of contracts by Iran Khodro only partly and semi-executive for some of the contractors, and Saipa has not made any decision on the changes in management. While it is necessary to carry out work as soon as possible, the formula and its objectives should be clarified.” He said.

"In addition to these issues, the import of raw materials that are not produced internally, as well as the importation of intermediate goods with bureaucracy and complex conditions, should be facilitated in cooperation with the Ministry of Industry and the Central Bank. Otherwise, this year's motto in the industry will be realized.” He added.

Liquidity is still considered as a major and fundamental challenge for the industry, which in the year called the product boom, it is necessary to pay more attention to the protection of domestic products and, moreover, Address the challenges of this industry. Industrial, which is vital for its automotive industry, due to its important role.