A Brief History of Suzuki/ Samurai Automaker with High Supervisions

Although you may not have guessed it, Suzuki is the ninth largest automaker by production in the world in 2012. With over 45,000 employees worldwide, Suzuki has roughly 35 main production facilities in 23 countries. 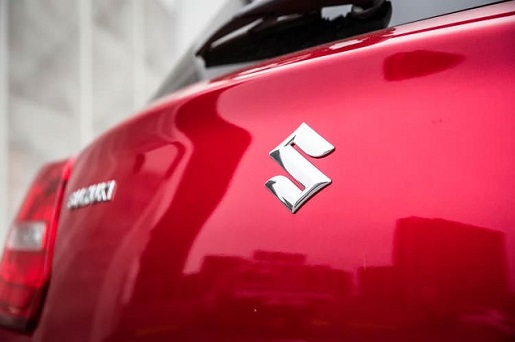 Khodrocar - Full name Suzuki Motor Corporation, this Japanese multinational also makes motorcycles, ATVs, several varieties of engine and even wheelchairs. The firm is best known for their compact or "kei” class cars, but its origins are quite removed from motor vehicles.
Suzuki started out in 1909 as the Suzuki Loom Works, in the city of Hamamastu on the Southeast Coast of central Japan. Founder Michio Suzuki focused on manufacturing looms for Japan’s prosperous silk industry for nearly 30 years before turning his attention to automobiles.
The first attempt was based on the British Austin Seven. By 1939 the company had produced several innovative prototypes. A few years later and there were several prototypes complete. However, the Second World War was looming, and the Japanese government had declared all civilian passenger cars ‘non-essential’. So Suzuki went back to making looms.
During the Second World War, plants closed due to war damage. But, in 1949 they listed on the Tokyo, Osaka and Nagoya Stock Exchanges.
Suzuki enjoyed some fortune producing looms until the cotton market collapse in the 1950s. It turned its attention back to cars and produced its first car in 1955, the Suzulight. The car was equipped with front-wheel drive, rack and pinion steering and four-wheel independent suspension – innovations that were decades ahead of their time. It came in the form of a two-door saloon car, a two-door estate and the SP pick-up.
During the 1960s, the TL Suzulight van was added to the line-up, along with the subcompact Suzuki Fronte 360 and 500 models.
Suzuki were going from strength to strength, and the 80’s saw them enter a period of foreign expansion. In 1981, Suzuki entered a partnership with General Motors, facilitating the Japanese firm’s expansion into the lucrative US market.
The following year, Suzuki entered a partnership with Indian car company Maruti in 1983. The year after that, they founded Suzuki Motor GmbH in Germany. By the end of the decade, Suzuki had passed the ten million-vehicle production landmark, introducing the compact SUV, either known as the Escudo or the Sidekick – depending on the sales territory, of course.
The nineties saw continued expansion for Suzuki as they released several more four-wheel drive vehicles. Production moved into new territories such as Thailand, Hungary, Pakistan and China.
In 1998, General Motors doubled its share in the company from its initials 5.3% to 10%, eventually moving up to 20.4% in 2001.
By 1994, Suzuki had sold over 10 million cars in Japan alone, and had achieved 10 million cumulative overseas sales by 1997. Notable cars in this era included the first generation Suzuki Swift, and it’s sedan and cabriolet counterparts.
Fortunes continued for Suzuki into the new millennium. The 30 million mark for total automobile sales was passed in 2002, with the following year marking 30 consecutive years as the leading producer of Kei cars in Japan.
However, in 2006, General Motors divested the majority of its Suzuki stock, selling off the remaining 3% in 2008.
After partnerships with other car giants such as Fiat in 2004 and Nissan in 2007, Suzuki announced, alongside VW, the establishment of a global strategic partnership. This led to the Volkswagen Group buying a 20% stake in Suzuki Motor Corp. In 2010, VW completed its purchase of 19.9% of Suzuki’s outstanding shares.
But, the partnership didn’t last long, with Suzuki terminating the partnership in 2011 in accordance to the agreement. They then commenced arbitration proceedings for the return of the shares held by VW.

The following year, American Suzuki Motor Corp. filed for Chapter 11 bankruptcy protection. They then announced that they will discontinue building cars for the US markets. This is allegedly owing to its focus on small cars, US safety regulations and a strong Yen. Instead, it will focus on motorcycles, ATVs and marine equipment.
In 2013, Suzuki Canada Inc announced it too would discontinue its operations in Canada as part of its Chapter 11 bankruptcy proceedings. The same month, American Suzuki Motor Corporation ended all operations, selling its assets to Suzuki Motor of America Inc.
In 2015, Suzuki announced a collaboration with PROTON in Malaysia and its Alto and Alto Lapin minicars won the RJC Car of the Year award.
In April 2016 the worldwide sales of the Suzuki Swift reached five million. And that brings us to the present day. Suzuki are still enormously successful, with the likes of the Alto and Swift common sights on roads across the globe. They have numerous subsidiaries all over the world and have a yearly production rate of 2,878,000 automobiles. That’s pretty impressive for a company that started out making looms.
Visit Home Send to friends Print
Share To:
subscribe to newsletter
Your Comment