Necessities of Part Industry in the Year Production

The year 98 was named after the boom of production, which is hoping to return to the automotive industry this year with the naming of this year. 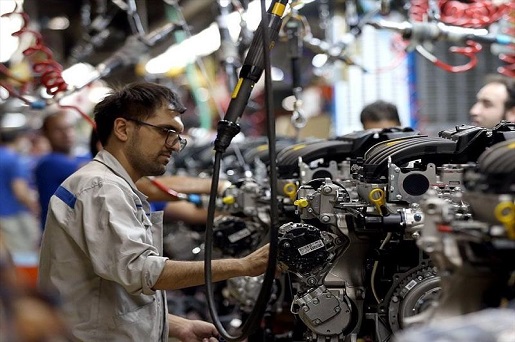 Khodrocar- Predictive industry, which last year did not have any happy days due to sanctions, recorded a record decline in production.

With such conditions, it is hoped that this year's naming will be called the product boom, the promise of the automotive industry and the segment as the supply chain of this industry. Industry sector activists emphasize the cash flow in this area and believe that addressing the challenges of the past year in this area can be achieved with the implementation of this year's slogan.
Mohammad Reza Najafi Manesh, chairman of the Homeland Industries Association, Niroo Maherkhah and the engineer, pointed out the beginning of the boycott of the car industry since August, with the sanctions, foreign partners who are working with the automotive industry and the Iranian component leave Iran and its activities with Iran And suspended in these conditions, the production of semi-finished vehicles remained.
He said the dollar was rising from the serious challenges of last year, adding that the next problem was the price of raw materials and machinery, while at the same time as the prices did not, the contractor contracts with the automakers were not adjusted, which led to the loss of losses and The production fell to a lesser extent, there was no other production potential, and the total of these factors led to a 70% drop in production this December.
Najafi Manesh continued, "the manufacturers did not have the ability to produce. As a result, they adjusted 37 percent of their forces, and the wave of unemployment started in the piece industry. In this situation, it is necessary to act with the aim of boosting the government's production to compensate for the losses of the producer, because in some circumstances Which the government has taken to determine the price of the car, created a loss of 12 trillion Tomans for the automaker.
The next step is to provide liquidity to the makers to stay idle. At the moment, the government considers small and medium-sized enterprises with a goal of support and anticipates 20,000 billion USD for employment, while this amount is needed. Just keep working until production returns to normal.
Meanwhile, Maziar Biglou, secretary of the Compact and Vehicle Manufacturers Association, pointed out the industry's problems last year, saying: "It is hoped to be named this year, the boom in the production of barriers and production constraints this year, We need to consider the necessities in the new year, which is the price adjustment in contractor contracts.
He added that since the contractor contracts have not been revised since 93, it is necessary to move as soon as possible to review and determine new prices with regard to currency changes, as the makers last year, along with the activists of the automotive industry, The price hike had plummeted so that the industry's losses hit 8 trillion tomans.
Biglou said that the required financing of the components was necessary for the new year, and stated: "In the current situation, the automobile industry is estimated to have a liquidity of 20 trillion tomans, which requires an acceleration as much as the methods and how to provide this figure from the state Action.
He noted the lifting of the ban on the registration of orders without transferring currency from other necessities of the current year, and stated: "It is imperative that the government takes a serious decision on this issue as soon as possible, while now the piece industry is heavily in need of raw materials. This decision can increase the production process.
Tags: car ، Part Industry ، Production
Visit Home Send to friends Print
Share To:
subscribe to newsletter
Your Comment