In the final days of the year, there are still no reports of the clearance of stocked cars in the customs. 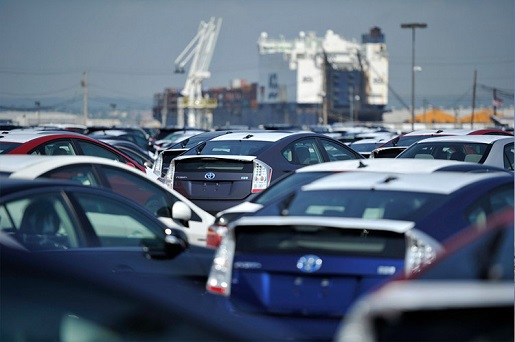 khodrocar-Despite clear instructions for vehicle clearance, car importers have still been left uncertain and can’t clear their vehicles, and in mid-March only less than 2 percent of imported vehicles were allowed to be cleared after 9 months, according to Secretary of association of car importers does not know for which company.
While we are leaving the final days of the year, the fate of authorized and trafficked vehicles remains unclear. Only the executive customs have responded to some of the questions in order to resolve the ambiguities in the letter. But it seems that only the customs and the government are bound by clauses and resolutions, and the ambiguity of the question is that they are not enforcing laws that are less intended to be implemented.

The government has approved more than 60 days ago on the clearance of dirty cars in customs, but the government body has not taken any steps in its implementation, and on the other hand, a significant amount of these cars has been sold out of the past and their owners have paid the car at the beginning of the year.
There is a problem for two months, and only among this, customers and importing companies that should continue this year without delivering their cars and hope they will hear the good news of their car clearance after about a month of Norooz holiday in next year. The topic that the Secretary of the Association of Automobile Importers has repeatedly referred to.
Now after 20 months after vehicle importation ban, more than 15 thousand cars are stocked in customs and according to Mehdi Dadfar, customer’s cars are damaged. With a little calculation and average price of 25 thousand $ for each car, more than 375 million $ cars are in customs and importers should pay the profit to their customers and also pay the costs of storage.
He also blame the ministry of industry for this problem and said that importers don’t know how to follow their problems.
The year 97 is fading for car importers with frustration. Not only has the import ban stamped them, but their cars have been discharged from the Customs to a deadly blow to the situation of their companies. In the meantime, the government and customs are still subject to regulations and amnesty, and fewer reports of customs clearance remain.
Visit Home Send to friends Print
Share To:
subscribe to newsletter
Your Comment