Chinese Finance, a Guarantee for their Existence in Iran’s Market/ Signing Contracts with European in Chinese Style

After sanctions international automakers left the country very soon but Chinese act a bit differently and due to their huge investment they are struggling to stay in Iran. 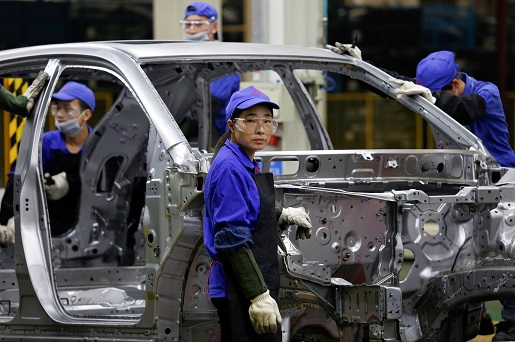 Khodrocar – alongside Europeans who are looking to Iran’s market for years and even they have improvement in sale after they entered Iran’s market, there are Chinese automakers who entered the market with copy products in 20 year ago.

They captured the market and step by step they assembled their cars in Iran and even their products got on the assembly lines of Megan and Maxima.

In recent months and due to the sanctions and hard times of importing cars and parts, Chinese are lowering their activity in Iran’s market. In previous article of khodrocar we discussed about the condition of Chinese in Iran. Right now the important question is what Chinese has done to stay in Iran’s market.

"China is a follower of the world and they are seeking their own benefits.” Babak Sadraie, an expert of auto industry told khodrocar reporter.

"Chinese automakers are dividing to 2 sections. Section 1 are companies which are looking for investment and long term goal by cooperating with Iranian partners and produce joint venture products and some of them have relation with governmental automakers.” He added.

"Section 2 of Chinese automakers just want to assemble cars in Iran. First section companies want to have long term cooperation and they are struggling to stay.” He said.

"But the other group which just assembled cars in Iran and didn’t have a plan, now are facing with different problems. The Chinese are not willing to lose the market in Iran and will pursue everything they need to maintain and survive in this market.” Sadraei said.

"Chinese car makers can improve their position and make the best use of the situation, given that European and international car makers have gone from Iran and the market has not seen the arrival of a new car, and Chinese companies are aware of this.” He continued.

"The sanctions imposed by the United States on Iran and Iran's trade partners put a lot of pressure on us, which will require the adoption of appropriate financial and production policies to make it harder to pass, and it is too early to predict the conditions of Chinese activity in Iran.” He said.

"Under the terms of the sanctions, Chinese companies that have the most investment in Iran have the potential to withstand the situation, and it should not be easy to overcome the benefits of tolerating sanctions because some of the companies have invested in Iran and have a network of sales, distribution and after sales services.” He added.

Reviewing the condition of Chinese automakers in Iran is showing that those companies which invest in Iran won’t leave the market easily and it means that if on the signing days after the JCPOA government officials had logical contract to interact the finance of European companies then they didn’t leave the market easy. However, in the post-third-party contracts, the foreign party did not exclude significant capital and only supplied its oldest cars for assembly, and on the other hand, companies such as Peugeot who came to Iran with a few products, but only one product was obtained by the consumer. In the US market, it has nothing to do with, and it's only thought that it will enter the market through car sales.
Khodrocar Reporter : Amir Hossein Lavasani
Khodrocar Translator: Amin Zamani
Visit Home Send to friends Print
Share To:
subscribe to newsletter
Your Comment