According to the supervisor of trade promotion organization clearing parts from customs is not like vehicle importation ban and they can freely import parts so ministry of industry should make a decision. 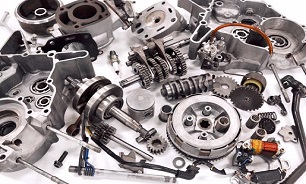 Khodrocar – According to what the minister has ordered 80 percent of automakers production should be for fulfilling their previous promises. Automaker should think about the waiting customers instead of their own loses. The ministry is thinking about the market and stop brokers to make difficulty.

He also insists that the reason for the caution of the car makers is that they are not sure that the 42000 IRRs ruble exchange bank will be given to them. The car makers are worried to sell the product at 42000 IRRs, and the bank later declares that they can’t give them this exchange rate. Also they can’t move the products to their own storage because they may be blame for hoarding.

"Doubts about receiving bank currency or NIMA currency is one of the reasons for delaying the clearance of car parts in the customs.” Mohamad Mododi, supervisor of Trade Promotion Organization said.

Mehrdad Jamal Oranghi, technical deputy of customs also said that, the policies adopted by the Ministry of Foreign Affairs do not have a relationship with the customs. Until the imported goods are declared to the customs, the customs are not accountable and there is no possibility of customs formalities.

However, the opening of the node is in the hands of the government, according to all customs officials and automakers, and it is these producers who are suffering, especially as long as the problem of bank and semi-liquid currency is not resolved for importers in different sectors. On the other hand, sleeping of goods in the customs also causes deformation and other problems for parts, which should not be ignored.

Policies and decisions taken by the Ministry of Interior in the chaotic economic market of the country can be crucial for automakers today, and it is expected that the process of clearance of components will speed up and the process of allocating a half dollar will begin as soon as possible.