Effect of Urgent Sale and Supplying Products in the Market/ Bubble of Prices will Burst?

The price of cars in the market after the official price increase of automakers' products was balanced for some time, and there was no news of rising prices, but over the past few days prices have risen again overnight, and car makers to defeat the bubble of prices. They have decided to sell their products immediately. 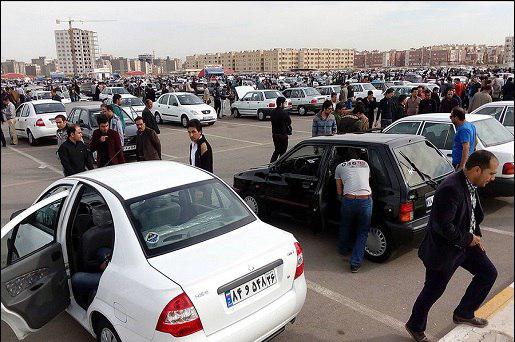 Khodrocar - The sanctions imposed on the country and in particular on the automotive industry as the first targeted industry have led to many cumbersome car production problems in the country. The increase in finished product prices and, on the other hand, the hardship of supplying parts to automakers has also overshadowed production, so that we are seeing a decline in production. The decline in production and losses of their automakers led them to rise in price they insist that the government will make the car raise the price, which ultimately will be issued by the government and they will charge the pricing license of the caretakers five percent below the market price.

Although the news minister has been reporting on the increase in production this month, it has cut production since the beginning of its year, and automakers have not been able to meet their obligations to customers by increasing prices, and every day a large number of their customers They queue up on these cars and ask for their registered cars. Automakers have also been working with them to reciprocate their customers and address their concerns.
Another problem caused by the boycott of space and the excessive price volatility of the car prices in the car market and the margin of the market, which was expected to allow the turbulence to slow down with the permission of rising prices and reduce the uptrend from rising prices, which for a short time That was the case, and again in the last few days we saw a rise in the price of cars in the market as far as the price of Pride is up to 500 million IRRs on the market. Experts in this regard believe that the solutions adopted to control the market situation were inadequate, and the inefficiency of this pricing system was also predictable.


"The main problem of the auto industry is disorganization and they are increasing the bad atmosphere.” Amir Hossein Kakaei told.


"Lack of supply has pushed markets up and market balances, and insists that car makers control the market without supplying their products. He says that car makers are obliged to prevent the creation of margins of negative market and the profitability of dealers by supplying products.” Saeed Motameni, president of car show owners union told.

In the current situation and with the creation of this space, automakers decided to reduce the tension in the car market by selling their products instantly to defeat the bubble of prices. They are starting to sell their products today, but this is a little surprising, since they have been frustrated by their previous obligations. The question is, how are they going to kick off their new customers. Although the supply of products, they say, will break the false price of the market, but this will be possible when automakers start their normal process and they can deliver the cars they sell.
Khodrocar Reporter: Sepideh Ghazi Nejad
Khodrocar Translator: Amin Zamani
Visit Home Send to friends Print
Share To:
subscribe to newsletter
Your Comment