Chinese and European automakers left Iran after USA exit the JCPOA and there is a scenario in front of Iran to find new partners like India and Russia. Moradloo, an expert of auto industry think this is not a good idea. 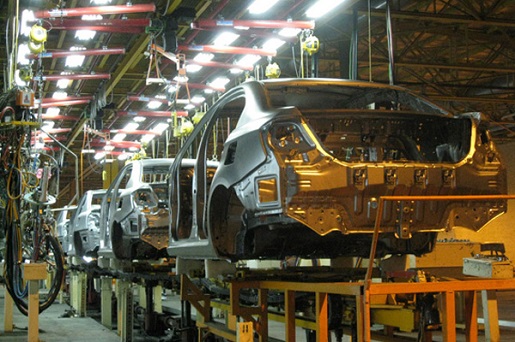 Khodrocar – Iran’s auto industry has passed different difficulties after sanctions and first effects were leaving of foreign partners and after a while Chinese decide to go on Europeans way and left Iran’s market.
These happened while there were news about the improved relation with Indian and Russian who are Iran’s friends. According to what happened to the auto industry are they good choices for replacing European car makers?

"In current condition that USA have put the pressure of sanction, finding new replacements is not a good idea because in global level the economy of most countries will tie to America and they have to obey sanctions. Reviewing the auto industry of India and Russia will show that even these countries relay on America.” Ali Moradloo, an expert of auto industry told khodrocar reporter.

"India is way ahead of Russia in auto industry but in history we never had a good industrial relation with Indian because their prices are like European but their technology is not.” He added.

"Main point is not finding a replace for left partners but we need to make a good plan for the future of this industry. Why Iran’s auto industry wants to stay as a CKD industry?” He said.

"Auto industry have two options, first is waiting for the agreement and support of 4+1 countries and relay on its own abilities to produce complete local car. In the second method, the pressure on the people and the final consumer will be somewhat squeezed, while in this way, the automaker must spend time designing and manufacturing, which puts the question of whether the automaker will survive these conditions.” He continued.

With these interpretations, we can conclude that, because in today's global economic, industrial, and even political processes in the form of a global village, companies and firms across the globe are linked to one another and take the same path and replace it. Companies will not be able to deal with the problems of the automotive industry in a serious and real way, and as noted in the previous reports of the automaker, automakers can stand up and wait for potential support of the 1 + 4 or take the hard way. Standing on your feet, of course, in the modern world Industrial activities are like activities in a village, where each part of the work is carried out with the direct supervision of the ordering by the experts of each industry.