America’s sanctions and hard pressures on auto industry made big and famous companies to leave Iran while they had contracts with Iranian companies. 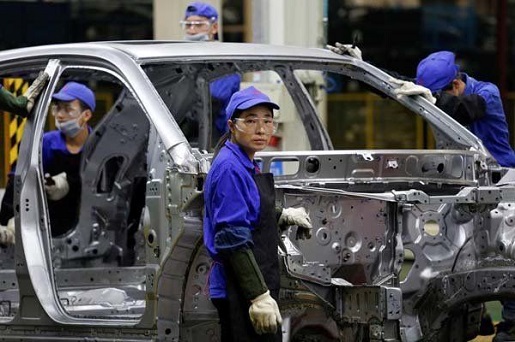 Khodrocar – After USA sanctions and without Europe support against JCPOA most of automakers which signed contracts with Iranian companies and even statistics showed they had a good market in Iran closed their luggage and left.

Among this Chinese companies came along and continued their activities but we have to say that even after JCPOA big and famous Chinese automakers didn’t came to Iran and even those which came didn’t bring their top cars which had market globally but their Iranian partners are sharing the news of their Chinese partners achievements.

Now the question is what is Chinese companies’ plan for Iran in current economy and politic situation?

"Chinese automakers are dividing to different parts due to their management, first companies which invest a lot in R&D and have a big part of the market. These companies have a good place in china and global market. Also they have a proper chain of supplement and sign contracts with this supplement chain.” Mostafa Jafari, expert of auto industry told khodrocar reporter.

"First part of Chinese automakers is giants and their international relations is very important to them so they won’t enter Iran’s market to lower the risks of international activity.” He added. "Second part is consists of those companies which aren’t giants but they are developing so they focus on export and markets like Iran, east Europe, South America and Africa.

"Chinese automakers don’t have technology and just copy cars from other products. These companies are focus on export market and they won’t leave Iran till the day the achieve what they think form Iran’s market.” He said.

"These parts are not following branding and their management pay attention to sale so after currency value increased in Iran and orders decreased they will refuse to continue in Iran’s market and just have few activities.” He said.

"Third part consists of start-ups. Most of new companies were motorcycle manufacturer or subsidiary of giant automakers. These companies don’t have anything to lose so they entered Iran’s market and will stay.” He added.
"Eventually, with the boycott of the automotive industry, there are a number of third-ranked third-party brands in Iran, leaving no output for the automotive industry, and the outputs indicate that most of these companies are operating with a certain category of products in the Iranian market.” Jafari predicted.

He answered the question of why, even in the past, when there was no boycott, the first-class products of world-class Chinese partners were not imported into the Iranian market? and said: Part of this is in the way of the Iranian side's activities and management, and partly the internal structure of Iran is due to the fact that the first-rate products have a high price and, given the economic conditions of the country, expensive Chinese goods do not have a place in the Iranian market. With these conditions, they will sell their dead products to the Iranian market.