The Intrinsic Duty of Congresses has been Forgotten

In continue of reviewing international congresses in the world and Iran we find out that Iran’s congresses can’t do their responsibility and they are not successful at all. 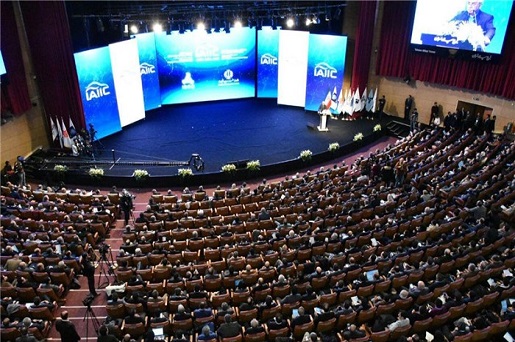 Khodrocar – The review of international congress of auto industry in Iran and other countries showed that bigger companies are looking to show their achievements to have relation with other companies and on the other hand they are looking forward to have new  ideas for decreasing final costs which not happening in the auto industry congress.

"In congresses roadmap and modeling of auto industry will be shown to everyone and companies are seeking the improvement way seriously but it doesn’t happen in Iran’s international congress. A congress should make relation between members of supplement chain and vehicle producers and even artists can make good relations with global automakers.” He added.

"Big companies can find people with knowledge and idea but Iran’s congress won’t make this relation between people and companies. When the holding of the conference does not lead to an adequate output with standard and international standards, the emphasis will be on spending only for the country. In the structure of government industries, such as the car, there is a lack of interest in attracting ideas.” He said.

"In Iran managers don’t like to meet people with idea, information and innovation so congresses can’t do their responsibility. In the last few years, it was anticipated that in 2020 demand for cars will drop, which in 2018 shows that the drop in demand for the car has begun, hence international companies are trying to reduce the cost of upgrading. And design changes are taking place, while domestic firms have taken a reverse look.” He added.

According to the roadmap for international conferences, whose main task is to connect individuals with ideas, talents and innovations with international companies, the conferences held in Iran, especially the car conferences at this level. On the other hand, the conferences have strengthened the relationship between the industrial sector, but it has not been successful either, and car companies have only relied on their old relationship, which, according to experts, when conferences are held for the country and the industry has no achievement. These congresses can’t be held up, with the significant cost of organizing the show's show.