Most of experts believe that in current situation holding an international congress for auto industry is not necessary because they don’t have any result and all contracts that signed in the past periods were for the relation of automakers with foreign companies and congress didn’t do anything. 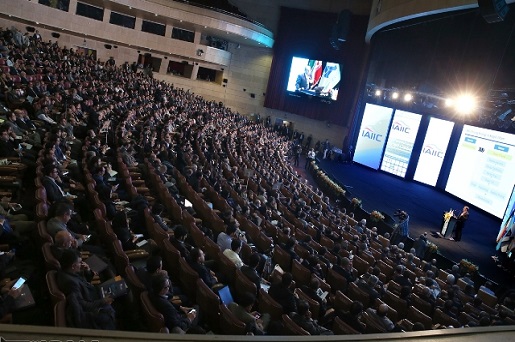 Khodrocar – "Holding economy and industrial congresses like international auto industry congress won’t be helpful in the current sanction situation. Congresses should base on international and domestic economy conditions so due to current condition not holding the congress will be more logical.” Saeed Madani, expert of auto industry told khodrocar reporter.

"Auto industry depends on other countries like other industries and next to several management changes make different problems for the industry.” he added.

"These kinds of congresses shouldn’t hold without plan. Many big and interesting MOUs are signed in congresses but reaching the final result needs cool policymaking and relax economy.” He said. "In auto industry congress paying attention to local science and knowledge is important like international companies but auto industry can’t exist without having international relations so managers are looking for foreign companies.”

"Automakers and businesses have their relation with foreign companies even during sanctions and some of these relations were limited so it doesn’t have any effect to hold a congress or not.” Madani said.

"These congresses don’t have any effect on the industry and they are resultless.” Farbod Zaveh, expert of auto industry told khodrocar reporter.

"Conducting the international conferences of automotive industry can be considered as an unsuccessful series of promotional shows, the investor is not just looking for the words of the authorities and managers, but the domestic and foreign investors are looking for the path of development. The emphasis on holding an international automotive conference is only justified when the Ministry of Industry, Mining and Commerce, and even the State Department are doing business in the direction of investing.” He added.

"Some people are of the opinion that car industry conferences have led to the signing of a memorandum of understanding and car contracts, but all contracts were closed under the shadow of large domestic companies, and these contracts were derived from the connections of previous years to large companies. At the international congresses of automotive industry, small, new, and knowledgeable Iranian and international companies have not signed new contracts, and in these conferences advertising shows are only for state-owned companies.” He said,

It can be argued that all the contracts that some defenders of the International Automotive Conference held signed by these conferences were not the achievements of these conferences because the contracts were through the relationship of several years and the presence of years before the intensification of sanctions in these countries in Iran. And it has not achieved anything for the startups.
Khodrocar Reporter: Amir Hossein Lavasani
Khodrocar Translator: Amin Zamani
Tags: Khodrocar
Visit Home Send to friends Print
Share To:
subscribe to newsletter
Your Comment