Auto industry and part manufacturing are falling down and even requested price increment can’t help the whole industry and it’s just a little break before complete fall. 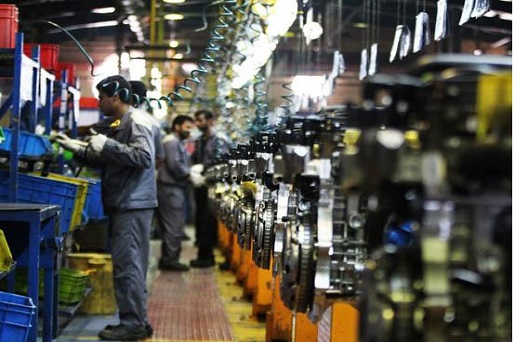 Khodrocar – Surely instability in economy was harmful for the businesses in the past year and these days they are seeking for stability and relax which can happen by right management decisions.

Some economy experts says that these decision are not right or it won’t be executed because of society reactions and other problems. Sometime they executed too late with no effective sign.

With no doubt publishing the permission for price increment is one of these decisions that the government had fear to announce. They postpone the announcement till the auto groups were closing their doors and production rate was decreasing too much.

"Vehicle price increment is an old decision but it took a long time to announce but because of the cycle for components price increment it take 15 to 20 days to make it happen and nothing will happen so fast.” Beh Nia said.

"Surely ministry of Industry, Mine and Trade will pay attention to part makers because the whole industry will close if they close their doors but decisions are not happening fast. If the ministry make short time for decision making then capacity will increase and production will rise.” He said.

"Compensation claims from automakers are one of the major problems for businesses that are still in the pipeline. If we assume that from the same time tomorrow the price will be adjusted and the price of parts will improve, the current state of payment is inadequate, and that there is an urgent decision to do so.” He said.

On the one hand, the increase in the prices of domestic and foreign raw materials and the failure to meet the demands of the manufacturers by automakers will make it more difficult for contractors and contractors every day. The makers who were even more eager than car makers to revamp their car prices are hoping to improve these days by announcing an increase in car manufacturers' prices. But this does not seem to be possible overnight, and automakers will not be able to compensate for their losses over the past two months on the basis of increased production circulation.
Khodrocar Reporter: Sepideh Ghazi Nejad
Khodrocar Translator: Amin Zamani
Tags: Khodrocar
Visit Home Send to friends Print
Share To:
subscribe to newsletter
Your Comment