The third Tehran auto show started while the story of pricing vehicles and stocked cars in customs has keep the auto industry among hot topics. 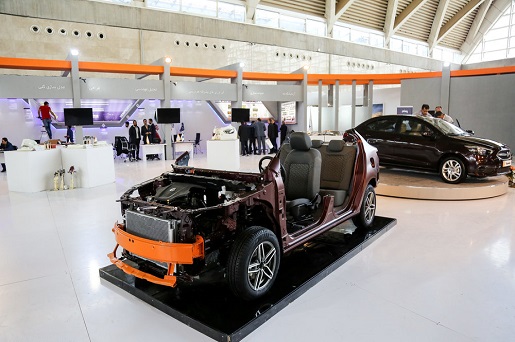 Khodrocar – While the whole family of auto industry in Iran focusing on the biggest auto show of the country we hear different news about the clearing of cars in customs and good news from pricing cars. It just increased the positive atmosphere of the show.

Tehran Auto Show will start today and it continues till Friday. An important point of this show is the absence of the European carmakers which have bad effects on the quality of the show.

A gift to importers

Some news published that according to the new instruction of the government 14 thousand cars will have the permission to be clear from custom and enter the market. With no doubt entrance of these imported cars could be a relief for the importers but it’s not a long time relief because importer companies are closing their doors and some of them have serious problems right now. Of course organizing this market needs more supervision and stabilizing the condition of importing cars to the country.

Pricing break at the road of politician

Another topic for automakers and customers is pricing. The concurrence of Tehran's car show with uncertainties among automakers in questioning their products is questioning one of the axes of exhibition activity. Right now automakers are showing their cars in booth but these cars don’t have price. We should mention that among all repeated cars two products from Zamiad and a car from a Chinese company are the stars of the show. Beside this, pricing vehicles has been handed between politician for a long time and now everyone waiting for new prices.
The European migration, Chinese tantrum
This month is really critical to our economy and politic. Right now USA is passing over JCPOA and all its partners ignoring Iran and it is obvious from the Tehran auto show because European car makers didn’t participate and few Chinese companies are exhibiting.  Now, the question is , low presence of foreign automakers happened only because of political issues and the implications of the US approach to the process of imposing sanctions on our country, or are there any other points, such as management decisions?

We can safely say that answering this question, on days where car production in our country has dropped by more than 30% compared to last year, could be a nod to the production route among automakers. A question that will definitely be more important with the restrictions imposed on imports and the hard conditions of production in the final months of the year.
Khodrocar Reporter: Sepideh Ghazi Nejad
Khodrocar Translator: Amin Zamani
Tags: Khodrocar
Visit Home Send to friends Print
Share To:
subscribe to newsletter
Your Comment