Impact of Car Production Decrease on Auto Industry Future/ Losses from Car Makers get Bigger than their Capital?

According to the review of ministry car production has decreased for 71.2 percent compare to this time of last year. This statistic is continuing and we may see 90 percent reduction till the end of the year. If it happens in all segments then what will happen to the automakers? 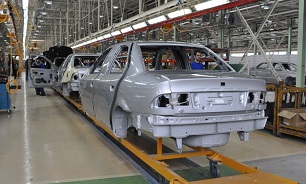 Khodrocar – two or three months ago the value of automakers stock decreased and shareholders became worry about the queues of buying stocks. According to the financial statements of automakers, IKCO as the biggest automaker of the country suffered a 25670 billion IRRs meanwhile their whole capital is 15300 billion IRRs.

Also SAIPA said that in the first 6 months they suffered 29000 billion IRRs while their registered capital is 39300 billion IRRs. Both big automakers have 55000 billion losses together.

According to the financial statements that both automakers have announced they suffered more than 50 percent of their capital and now according to law boards of director should have a meeting to decide about the future of the company and whether to continue production or not. However it should be a statistic of a year but we have less than 3 months to the end of the year and their statistics may get worst.

"If the government increase the liquidity of automakers then they may have better days and avoid closure and it is possible. If this losses don’t cover then according to the law the government should make decision. However we are not seeing anything from the government and even they have delay in announcing prices so automakers increased prices on their own to solve liquidity problem.” Ali Sadeqin, expert of stock market told khodrocar reporter.

Ahmad Nemat Bakhsh, secretary of automakers association said near 700 to 800 thousand people are working in this section and if companies close then all of them became unemployment and its horrible.

Expensive car manufacturing raw materials are affected by fluctuations in exchange rates and car sanctions as one of the most important reasons for reduced production. On the one hand, the car makers' debt to the car makers and the lack of clearance of the automobile parts of the customs are due to the fact that the effect on the process of reducing production has been. In addition to the fact that car companies are in such a situation, if the process continues, the situation of automotive dealers will remain uncertain and people will suffer a lot of disadvantages.