In the recent weeks the most challenging topic of auto industry was pricing and all organizations had their own opinion and in all of these opinions price difference is a lot. 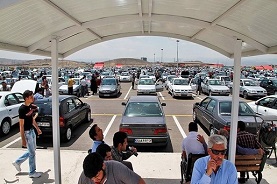 Khodorcar – As the car production decreased prices increased due to the effort of brokers and while they are struggling with production problems the auto market is in a shadow and there is no organization for pricing and prices are going up and down every day.

Automakers think that according to the previous experiences from sanctions we can make a formula of 5 percent less than market for pricing vehicles. They think in the current condition it’s the best way and experts believe that it is semi-liberalization for car pricing.

During previous minister, consumer consumption organization became responsible for pricing vehicles and now when the president of this organization has changed they are saying that the organization is waiting to announce new prices and even they seem to be agree with pricing according to the side market.

National Competition Council formed to prevent exclusivity in the market and be responsible for pricing cars and they believe that they have to price cars according to the law. It also whispered that they sent the new prices to the chief governmental officials.

Among these, members of the parliament came with a new idea which called "Car with Subsidy”. According to this suggestion both big local automakers won’t price their cars according to the side market and keep their current prices. It means that IKCO will produce Peugeot 405 and SAIPA produce Pride.

It is completely obvious that car price is in a shadow and unclear future and everyone made their own opinion with new prices but currently suggested prices are a lot different because according to automakers Pride should be 360 million IRRs, Pride Should be 240 million IRRs according the parliament suggestion and national competition council says pride should be 180 million IRRs.

"The plan of the parliament is good but has some bugs in it and if 1 or 2 cars be sold with lower prices then the market will face with a bad situation.” Hasan Krimi Sanjari, an expert of auto industry told khodrocar reporter.

"The most reasonable approach is pricing on the margin of the market, and we should allow the supply to continue with this formula for some time to reach the desired result and to slow down the demand," he said. "This happened in the recent Iranian car forward show that this way It is true”

"According to the expert, the discovery of the market margin is very easy, and some say the price margin can’t be determined, but with a simple spotting and simple methods, this price is set and it was possible in the 70's. If the car companies can manage and regulate the supply, in the long run, and even in the short run, it can balance the price of the car.” He added.