National Competition council which put away from pricing cars in the former minister period now entered the pricing again by sending the instruction of exclusive cars’ price to the high council of economy coordination. 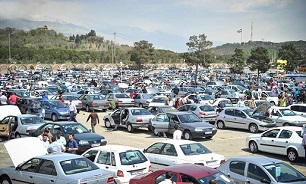 Khodrocar – An effect of car industry sanction is the turbulence in the auto market and while automakers are facing challenges in supplying first material and producing cars then auto market was empty and prices rose a lot. Since the March some cars had 100 percent price increment.

In the current condition automakers are looking for price liberalization to increase the liquidity and turn the production to its natural condition and officials had different opinion about this.

During Shariatmadari period as minister consumer protection organization and headquarter of market setting were announced as only organizations for pricing cars and since then there talks around the role of national competition council in pricing because they had duty to prevent market exclusivity.

Beside minister’s decision to putting national competition council away from pricing vehicles, the current organizations for vehicle pricing didn’t do anything and auto market is in a shadow and it’s not clear that how much car’s price will increase?

"Car pricing was in the hand of national competition council and they did the pricing with index and economic parameters and it’s executable for all cars in any condition but now pricing is getting different.” Jamshid Pazhoyan, an expert of economy told khodrocar reporter. "In the instruction of National Competition Council inflation asked from central bank and car quality was asked from Standard Organization and if these indexes had changes then price would change and automaker couldn’t increase the price suddenly.”

Now the National Competition Council has explained the instruction of car pricing in a letter. In this letter they said that according to the law, the task of determining the examples and approving the instructions for adjusting the price, quantity and conditions of the market for goods and services is the responsibility of the National Competition Council.

In the continue of this letter and according to formula of National Competition Council some of local cars are pricing differently for example, Pride 180 million IRRs, Tiba 230 million IRRs and Saina 260 million IRRs.
Khodrocar Reporter: Hadi Sianaki
Khodrocar Translator: Amin Zamani
Tags: Khodrocar
Visit Home Send to friends Print
Share To:
subscribe to newsletter
Related News
Contradict Governmental Strategies in Car Import/ Importers in the Challenge of Local Sanctions
Concerns of Automakers for Capabilities during Sanctions/ How much Local Platform will Work?
Best Chance to Expand Exportation Market/ Where does Exportation Market Heading to?
Your Comment